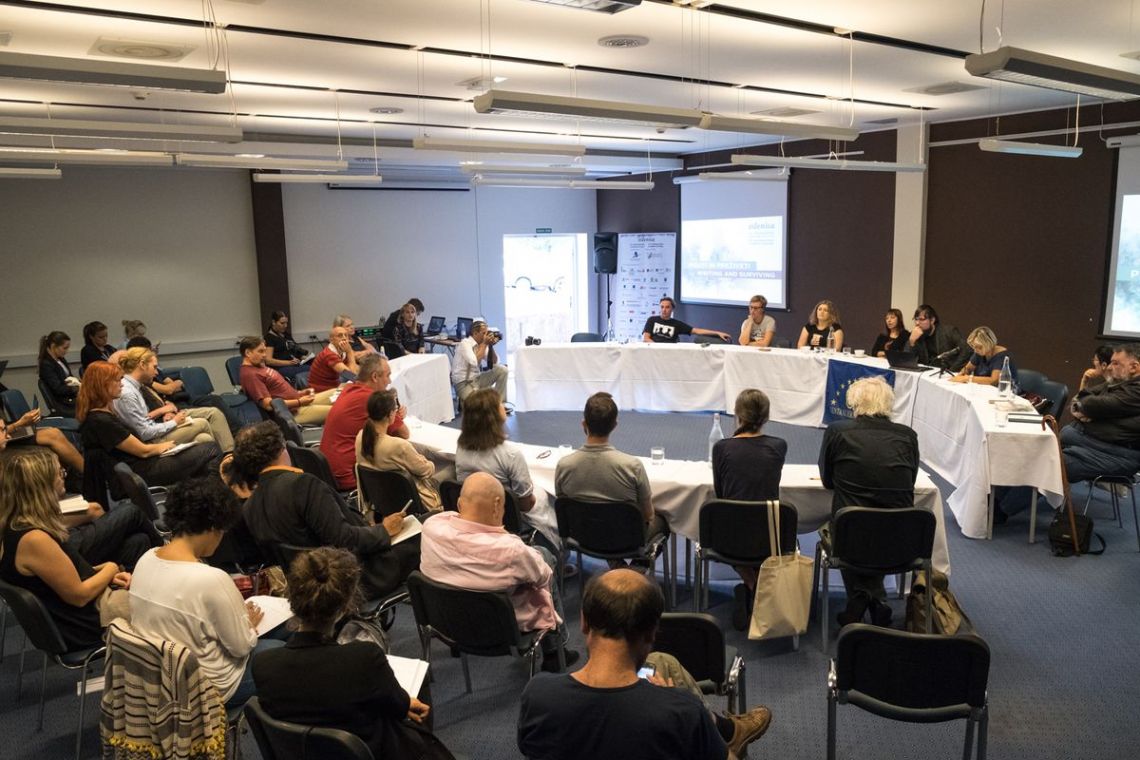 Maria Paula Erizanu, born in 1992, currently lives between Chisinau, Bucharest and London, where she works as a freelance journalist and writer. She studied History and English at the New College of the Humanities, London, and did her MA in Journalism at City University. Her first book, This Is My First Revolution. Steal It (2010), is a non-fiction account of the Moldovan mass protests in April 2009 and received several prizes, including UNESCO’s ‘World’s Most Beautiful Production’ at Leipzig and the National Library in Moldova. She also published a poetry collection, entitled Take Care (2015). Dividing her time between London, Chisinau and Bucharest, she freelances for The Guardian, CNN, Aeon, Dazed in the UK, as well as for Scena9, Observator Cultural and Dilema Veche in Romania.

In its motivation, the selection committee emphasised that Maria Paula Erizanu “despite being one of the youngest applicants for the fellowship this year, she is a person with a wide range of cultural interests, and an engaged member of the post-socialist generation that is crossing borders and overcoming ideological divisions.” By presenting the tumultuous life of two revolutionaries – a Russian and a Polish pioneer of women’s rights – the proposed residency project seeks to critically explore the myth of romantic love, the intertwining of class and sexual equality in Soviet feminism and the regional identity of East Europe.

The CEI has been presenting the CEI Fellowship for Writers in Residence in collaboration with the Slovene Writers’ Association, as part of the Vilenica International Literary Festival, since 2006. The Fellowship seeks to encourage cross-border cooperation and promotion in the field of literature for young writers from non-EU CEI Member States.  The Fellowship award of 5,000 EUR, is meant to be used for a three-month residency in any CEI Member State of the candidate’s choice. During this period the author is expected to work on the project indicated in his/her application form.

The Fellowship was presented by Marko Kravos (Slovene Writers’ Association) and Barbara Fabro (CEI-ES) during the awarding ceremony in Sežana at the Kosovel Cultural Centre on 7 September. On the same day, the CEI Literary Roundtable, supported through the Cooperation Fund, was held in Lipica under the title “Writing and Surviving”.

On 4 September, a literary evening was held in Trieste, at the CEI HQ, with the participation of Maria Paula Erizanu and Andriy Lyubka, recipients of the CEI Fellowship in 2018 and 2017 respectively.

Valorising the remarkable and unique geological, historical and naturalistic heritage of North Macedonia, which is still very little exploited and unknown, is one of the main objectives of the Know-how Exchange Programme project GECCOSPARK officially launched in Skopje (North Macedonia) on 12-14 February.
Read more
KEP
EBRD
Intercultural cooperation
Opportunities

In the framework of the

The CEI Award 2020 at the Trieste Film Festival goes to Marko Škop from Slovakia for his film Let there be light/Nech je svetlo. It was presented by Zoran Jovanovic, CEI Deputy Secretary General, on the occasion of the awarding ceremony in Trieste on 20 January.
Read more
prizes
Cooperation fund
Open call