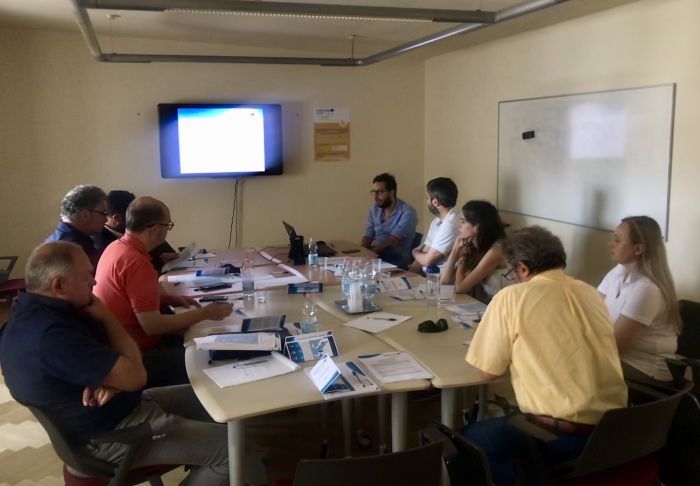 The Third Blue Scenario Workshop of the BLUE_BOOST project was organised in Trieste, on 14 June 2019, at the Headquarters of the Chamber of Commerce and Industry. The event focused on new activities in the field of Blue Economy and more specifically addressed the topic of marine resources and environmental protection. Participants shared current knowledge and discussed about marine resources in the upper Adriatic, concentrating on the new “alien” species and indigenous organisms that have been rarely used up to now. They also debated possible forms of use in different economic sectors, e.g. as a basis for food production, energy biomass, chemical biomaterials and pharmacy.

The overall opportunities for Blue Micro, Small and Medium Enterprises provided by the BLUE_BOOST project were presented as well, especially regarding the ongoing transnational Call for innovation vouchers that will allow co-developing innovation projects in the amount of 10.000 EUR with Innovators and Knowledge Providers (RD&I bodies and “new innovation agents”, such as fablabs, co-working spaces, living labs, innovation hubs, etc.). Furthermore, participants were informed about the Blue Hackathon taking place in Trieste on 18-19 June. Blue Scenario Workshop is a part of the “coaching” path of the project, organised in cooperation with ARIES, mareFVG and the CEI-Executive Secretariat.

BLUE_BOOST is funded under the Interreg ADRION Programme. It aims at stimulating, coaching and funding innovation within traditional and emerging Blue Economy sectors in the Adriatic-Ionian region. It is intended to enhance territorial cohesion among 7 ADRION maritime regions of Italy, Croatia, Albania and Greece, and to boost quadruple-helix potential through an open source, knowledge sharing, and community-based approach, resulting from cooperation between MSMEs, new innovation agents and RD&I bodies.

On 9 November, the CEI-Executive Secretariat hosted the PRE-RIGHTS national training course at its Headquarters in Trieste, i

The PRE-RIGHTS project was presented at the international Joint Event “Judicial and Police Cooperation: Best Practices” organised in Venice on