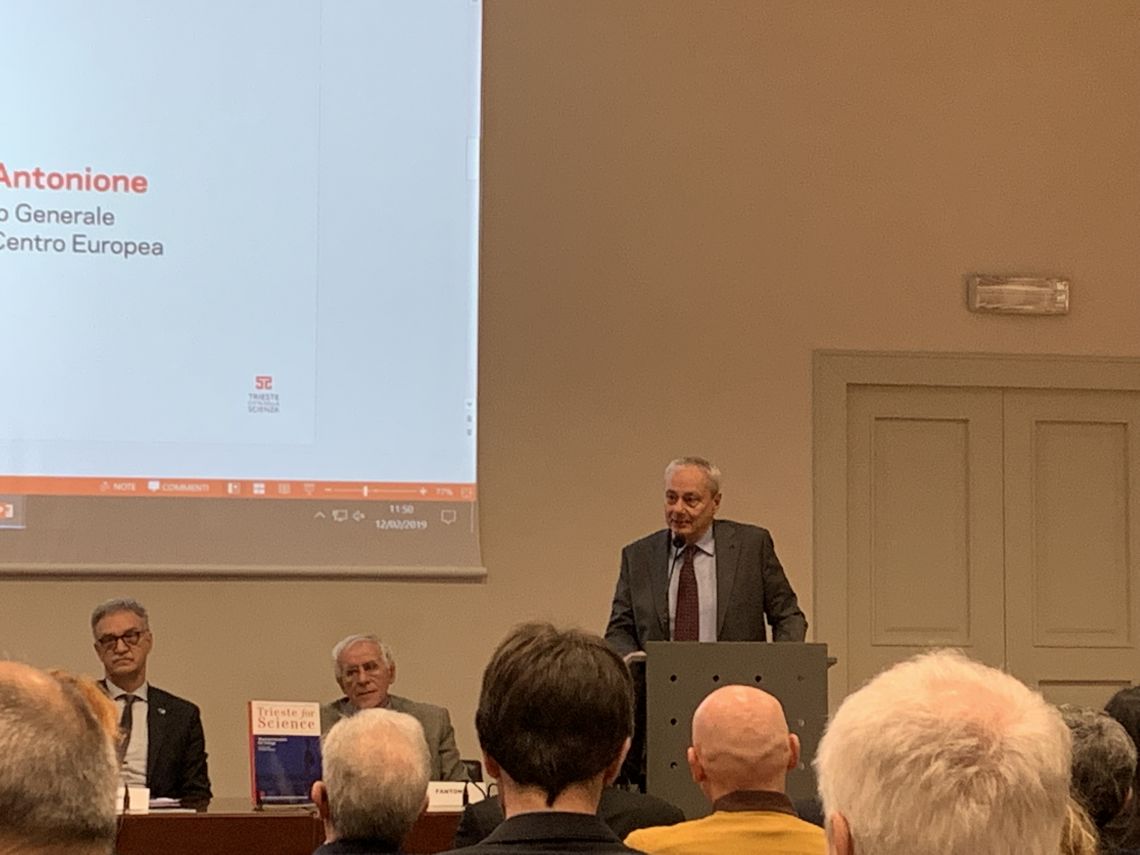 Secretary General Roberto Antonione presented the CEI action in support of science diplomacy during an event focused on the launch of the publication “Trieste for Science – Sharing Innovation for Change”.

While praising the quality of the book, panellists discussed visions and initiatives to consolidate the strategic role of Trieste, and more widely of the Region FVG, in the field of science, technology and innovation.

This is particularly needed in view of the forthcoming Euro Science Open Forum (ESOF), to be hosted in Trieste in 2020. ESOF is the largest interdisciplinary science meeting in Europe, providing a unique framework for interaction and debate among scientists, innovators, policymakers, business actors, journalists and citizens.

In this regard, Antonione recalled the support received from CEI Member States with regard to the application of Trieste for hosting ESOF 2020. He also pointed out that the CEI Secretariat had already promoted initiatives aimed at encouraging encounters between scientists and diplomats. Indeed, last October 2018, the Secretariat organised a visit of diplomats and ministerial representatives of CEI Member States to some of the international research centres based in Trieste. More recently, the CEI Secretary General met with Ministers and Deputy Ministers responsible for science, education and research of Bulgaria, Macedonia and Serbia. Their feedback on the CEI’s approach to science diplomacy was particularly favourable.

Antonione concluded by highlighting that the CEI intended to consolidate its role in the realm of international scientific cooperation, also taking into account that the Italian CEI Presidency 2019 placed science diplomacy high on its agenda.