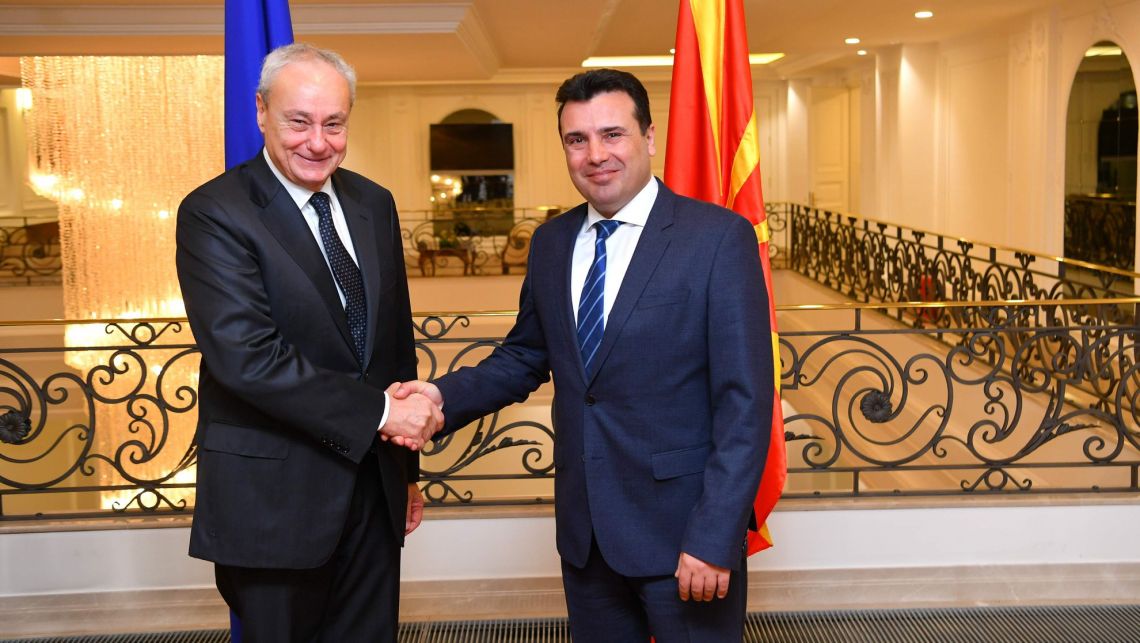 A delegation of the CEI-Executive Secretariat, led by Secretary General Roberto Antonione, including the Deputy Secretary General Nina Kodelja and some senior officers, visited Macedonia, Bulgaria and Serbia on 5-7 February and met with a number of high-level government representatives.

In Skopje, meetings were held with the Prime Minister Zoran Zaev and the Deputy Ministers of Foreign Affairs Andrej Žernovski, as well as with the Ministers of Education and Science Arbër Ademi, of Culture Asaf Ademi and of Transport Goran Sugareski.

The aim of the mission was to obtain inputs from these countries, in particular on persisting challenges, in order to identify - in the coming period - further steps for their better tackling. The political situation in the region was also discussed. The favourable developments achieved by Macedonia through the agreements with its two neighbouring countries, namely Greece and Bulgaria, were welcomed.

The discussion also touched upon a number of sensitive issues faced by that part of the geographical area, first and foremost the need for better standards in education, as well as its digitalisation, but also youth unemployment and brain drain, including the need for a better placement of domestic scientists after their research abroad. In this regard, all interlocutors praised the main CEI mission in promoting European integration, but also commended the CEI activities in the field of science as well as the utility of the CEI’s tailor-made funds and programmes focused on capacity building.

The CEI-ES team also met with the Presidents and other representatives of the CEI parliamentary delegations in all three countries, including the Speaker of the Macedonian Parliament, Talat Xhaferi, as well as with the President of the Bulgarian Chamber of Commerce, Tsvetan Simeonov.

The Heads of Government of the CEI Member States or their representatives as well as high-level representatives of international and regional organisations and institutions gathered in Rome on 19 December for the concluding event of the Italian CEI Presidency, the CEI Summit.
Read more
Italian/Presidency
Governmental Dimension