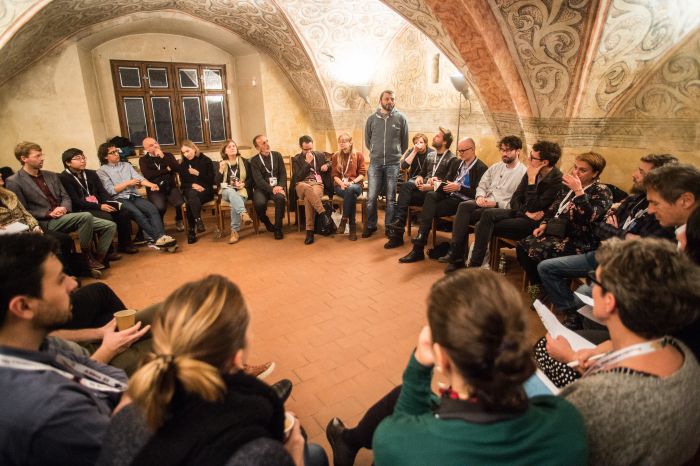 The Festival Identity meeting took place on 27-29 October 2018 in the framework of the 22nd Ji.hlava International Documentary Film Festival.  The event confirmed its uniqueness in diversity. It brought together both renowned and new festivals, festival directors as well as more junior members of the festival teams. Therefore, there was a true geographical balance between Western and Eastern Europe.

The participants had the chance to get an overview of Czech contemporary documentary productions (Czech Joy in the Spotlight) as well as new documentary projects from the Balkan region. Jean Perret, former director of the leading European festival Visions du Réel, led a debate about the festival’s dramaturgy and concept, as well as about different identities of festivals. Many other matters  were also discussed by the record number of 45 festival representatives in the course of two days. Day three focused on an overview of the Central European film production.

The participants also witnessed the presentation of the eighteen Emerging Producers 2019 and had the opportunity to network with the hundreds of industry guests.

The participants of the Festival Identity represented the jury in the competition for the best film festival poster. The exhibition was open to the public and the jury accorded the award to the Taiwan International Documentary Film Festival 2018.