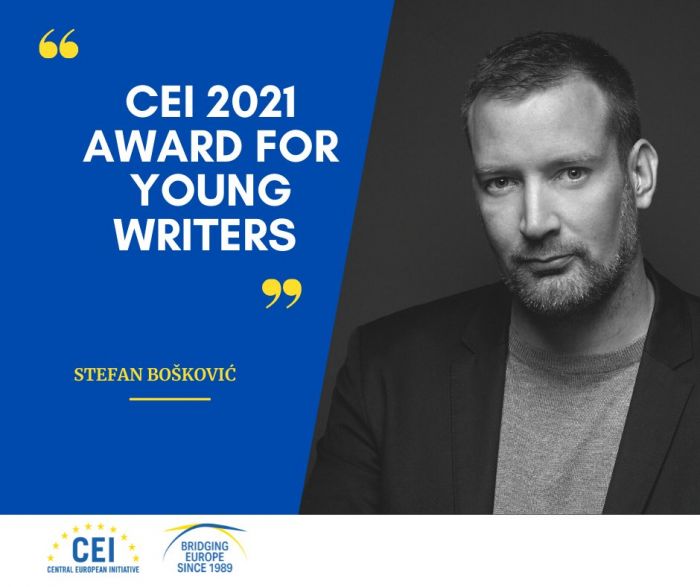 Stefan Bošković, born in 1983 in Podgorica, is an award-winning Montenegrin writer, playwright, novelist. He has written two novels as well as scripts for feature films, short films, sitcom series and documentaries.

He received the CEI Award for Young Writers 2021 for his latest novel “The Minister” (Ministar) on 7 September.  “We believe that supporting the translation and circulation of literary works could encourage mutual understanding and good neighbourly relations, in line with the CEI mission of promoting intercultural dialogue and preserving cultural diversity. Especially the young generation of writers needs support, trust, opportunities” declared CEI Deputy Secretary General, Nina Kodelja.

This newly established initiative - jointly promoted by the CEI and the Slovene Writers’ Association in the framework of the Vilenica International Literary Festival - aims at supporting the translation of literary works of young, outstanding writers from the CEI region.

The jury committee highlighted that “The Minister” is a grotesque political satire, almost a political thriller noir, that examines the issues of political and social transition, the role of national culture in contemporary society, the gap between the political elite and the citizens, and the role of the individual in the play of status and power. The novel is fresh, contemporary and convincing, with a complex narrative.

For the same novel, Stefan Bošković won the European Union Prize for Literature in 2020.

CEI joins 71st session of WHO Regional Committee for Europe