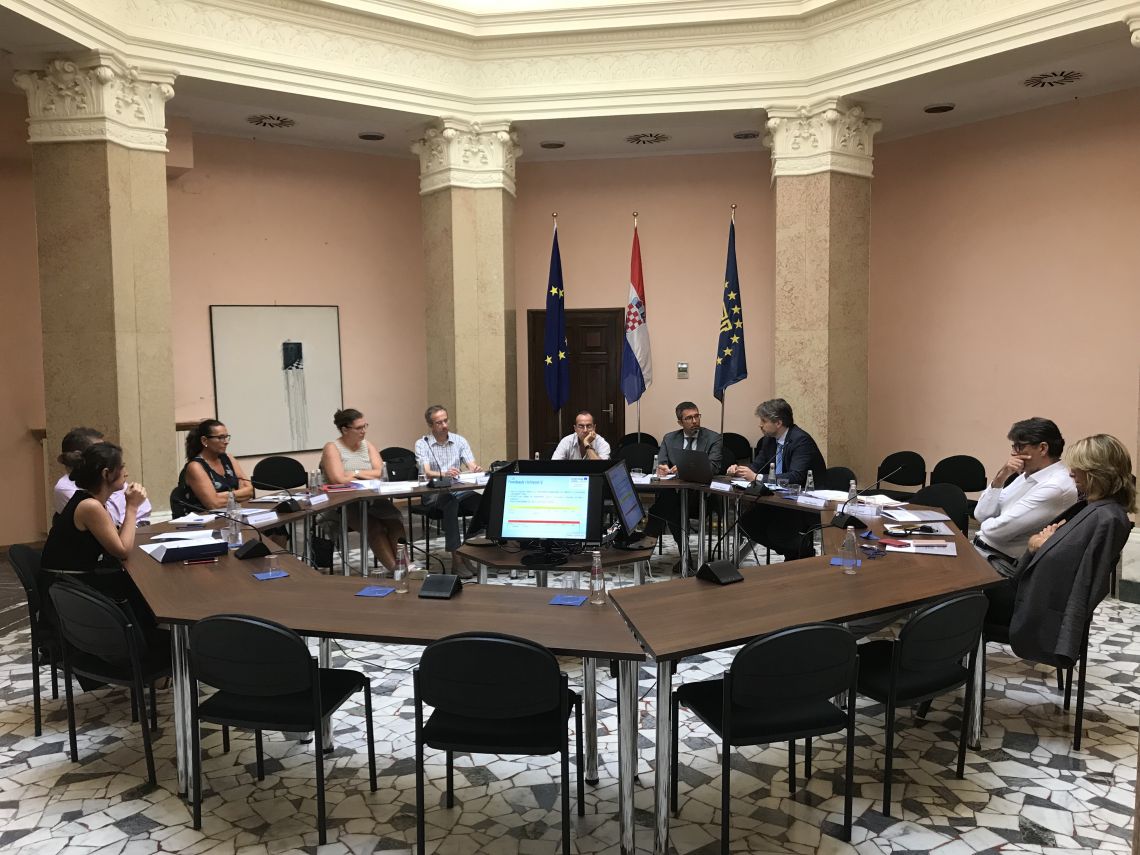 On 30 July 2018, the 1st local roundtable of the Inter-Connect project was organised by the Central European Initiative – Executive Secretariat (CEI-ES), at its premises in Trieste. The aim of the roundtable was to discuss the case studies assigned to the CEI under the project’s framework, regarding the improvement of multimodal public transport connections in the region, with a particular focus on rail, Trieste public transport and maritime services. Relevant stakeholders were present, namely representatives from the Autonomous Region Friuli-Venezia Giulia  (ARFVG), the Municipality of Trieste, Trieste Trasporti, the City of Capodistria, Samer & Co shipping company, and the CEI.

The CEI presented an overview of both project and case studies, distinguishing Trieste as a significant hub in the region.

Sub-case A is relevant for the improvement of the urban public transport connections with the maritime passenger’s terminal, mainly regarding passengers coming to visit Trieste, thus allowing an improved accessibility to the main touristic places. Sub-case B underlines that the route between Trieste and Istria is of particular importance since besides having a tourist value, it strengthens cross-border relations between Italy and Slovenia.

During the roundtable discussion, representatives from the ARFVG and City of Capodistria highlighted the importance of improving the intermodality of public transport and the value of enabling the extension of the maritime route between Trieste and Istria. The Municipality of Trieste presented its upcoming activities regarding the accessibility and connectivity of various transport modes in the city (maritime-rail/bus), bike sharing option, a new application with relevant touristic information, etc. Trieste Trasporti raised awareness about the info-mobility and the necessity of coordinating the relevant information for tourists and local passengers with the municipality and the region. The Samer & Co Shipping Company addressed the issue of maritime transport and the potential benefits of concentrating the departures/arrivals in one location, e.g. Molo IV. Parties also discussed the data collection and data source identification for the two case studies, especially regarding the passenger flows analysis and demand analysis.

Inter-Connect aims at promoting intermodal passengers transportation and revitalising rail use in ADRION regions, by supporting policymakers through tangible proposals for the alleviation of existing inefficiencies in the development of intermodal door-to-door transport. It is financed by the European Regional Development Fund (ERDF) and by the Instrument for Pre-accession Assistance (IPA II) under the Interreg ADRION Programme.

On 9 November, the CEI-Executive Secretariat hosted the PRE-RIGHTS national training course at its Headquarters in Trieste, i

Tourism is a way to help open up the beauty of Albania both to its own citizens and worldwide; it brings about many opportunities to the local economy: additional income, more business, and new jobs.

The research found that changes in mobility behaviour patterns have negatively affected the business operations of public transport operators in all of the analysed cities and will almost certainly continue to negatively affect them.
Read more
technical cooperation
transport