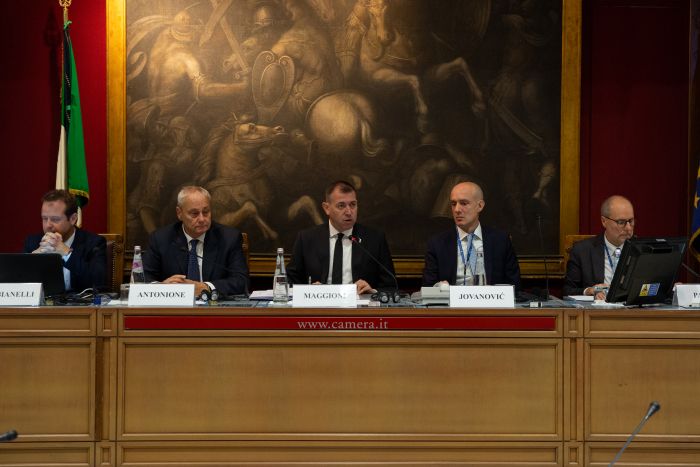 In the framework of the Italian CEI Presidency, the Parliamentary Assembly of the CEI Parliamentary Dimension was held in Roma on 7-8 November. Representatives from eleven CEI Member States’ Parliaments attended the meeting and contributed to the discussion focused on the topic “Developing Infrastructures for More Competitive Businesses in the CEI Area”.

In his introductory remarks, Marco Maggioni, Head of the CEI Parliamentary Dimension, addressed the audience stressing that “it is increasingly necessary to neutralize the negative effects of the globalization process with effective interconnection policies in the field of transport, energy, business and related infrastructures in order to strengthen the enterprises’ competitiveness”. He also underlined that, in this context, the CEI could play a key role as facilitator of political dialogue and accelerator of reforms.

CEI Secretary General Roberto Antonione recalled that “the effectiveness of an increased cooperation between the governmental and the parliamentary dimensions has been particularly significant this year with the achievement of a concrete result, namely the launch of a CEI Local Dimension, which was recommended by the CEI Parliamentary Committee and endorsed by the MFA Meeting. “Politically and strategically, this was an effective way to respond to the needs raised by CEI Members States” he stressed.

Some highlights on the business climate in the CEI area were presented by CEI Deputy Secretary General Zoran Jovanovic who also reported about the actions taken so far within the Secretariat with regard to the establishment of the CEI Local Dimension. “A Working Group is about to finalize a draft Concept Paper that foresees i.a. an active participation of national associations of local and regional governments in CEI Member States and close tights between the future CEI Local Dimension and the CEI Parliamentary Dimension” he said.

The agenda of the meeting also included two expert contributions from representatives of the entrepreneurial and business sectors (see agenda below).

In the context of the CEI Parliamentary Assembly, the meetings of the three PD General Committees on Political and Home Affairs, on Economic Affairs, and on Cultural Affairs were also held and the respective chairs and co-chairs elected (see chairmanship of committees doc. below).

The Parliamentary Assembly adopted a Final Declaration which, in particular, underlines the importance of adopting an effective approach to infrastructure policy in CEI countries and urges the governments of CEI Member States to act and collaborate in all appropriate fora for the elimination of legal and regulatory hindrances in the energy market in view of the future inclusion of all CEI countries within the framework of a common energy policy, while improving the competitiveness of businesses and boosting trade flows.

At the end of the gathering, the participants were addressed by Miodrag Vuković, Head of the Delegation from Montenegro as incoming CEI Presidency in 2020. 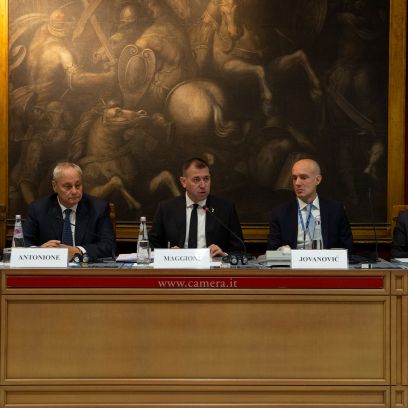 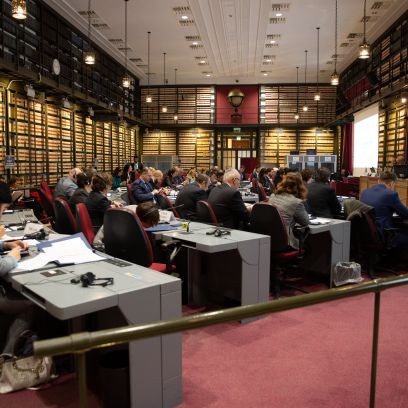 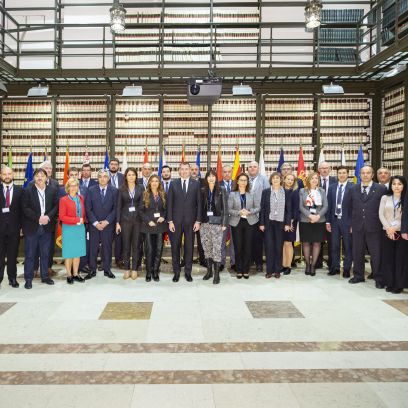 The meeting of the General Assembly of the CEI Parliamentary Dimension (CEI-PD) was held in a hybrid format (in person/online) in Herceg Novi on 15 October under the leadership of Ms. Tamara Vujovic…

The Parliamentary Committee of the CEI Parliamentary Dimension met on 15 June for an online meeting under the title “Promotion of equality and solidarity mechanisms in health care”. The Head of…

The Hungarian Chairmanship of the CEI Parliamentary Dimension (PD) General Committee on Cultural Affairs organised a meeting on 21 April, hosted by the Hungarian National Assembly with remote…

In the framework of the Italian CEI Presidency, the Meeting of the Parliamentary Committee of the CEI Parliamentary Dimension under the title “Strengthening the local dimension of the Central…

The meeting of the General Committee on Cultural Affairs of the CEI Parliamentary Dimension was held in Budapest on 29 March, under the leadership of Mr. Richard Horcsik, Chairperson of the Committee…