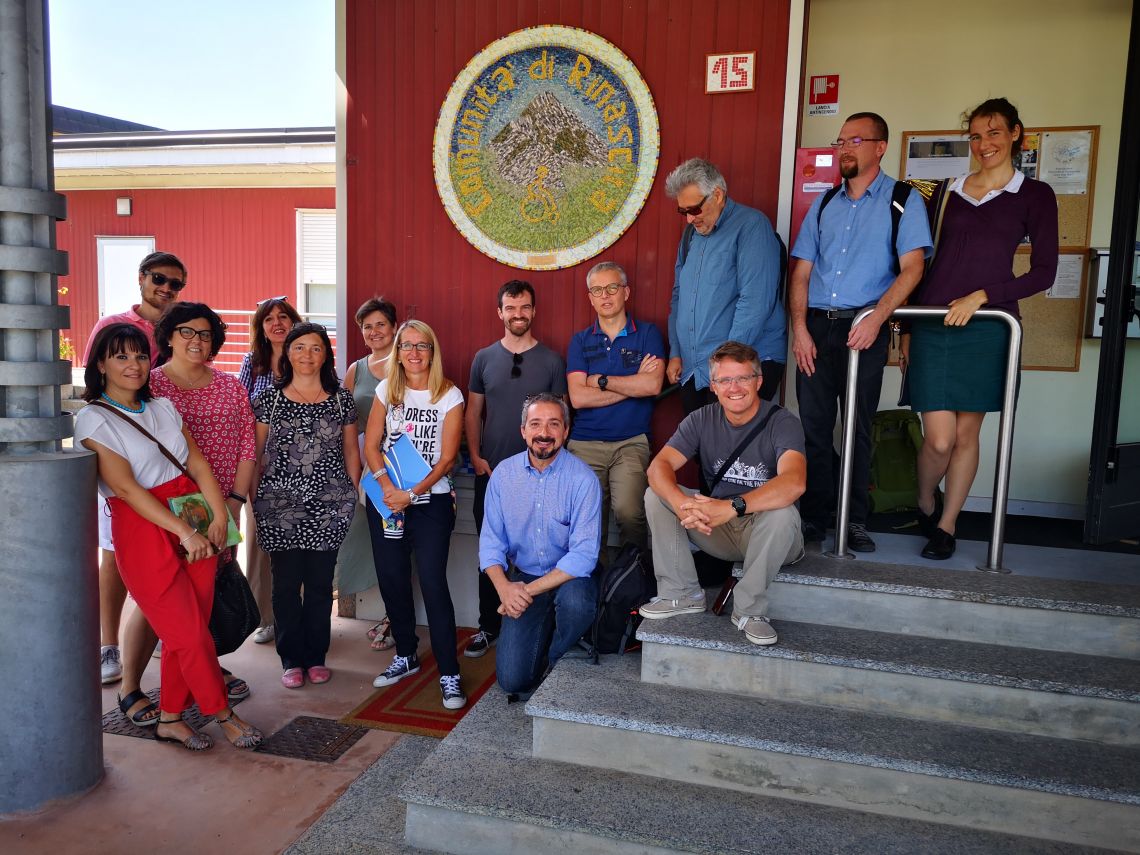 On 10-11 July, the study visit of the SENTINEL project, co-financed by the Interreg CENTRAL EUROPE Programme, was organised in Italy.

The project aimed at strengthening the role of social enterprises in order to promote the development of the marginal areas of Central and Eastern Europe, involves ten organisations from six countries: Germany, Slovenia, Hungary, Poland, the Czech Republic and Italy.

The CEI-Executive Secretariat is coordinating the pilot action in Italy, along with the two social cooperatives - Cramars, based in Tolmezzo, and La Cadore, in Pieve di Cadore, and together they presented to 15 participants of the visit the experiences of the main social enterprises around Carnia, the Friuli Venezia Giulia region, and Cadore, the Veneto region.

During the visit, the experiences from various sectors in the regions were shown, starting from training, to employment inclusion of disadvantaged people, social inclusion of people with disabilities, agricultural production and distribution of local products, hotel hospitality services with examples of widespread hotels, management of leisure and sports facilities.

The study visit programme aimed at presenting the specific activities of the implemented pilot action and the general framework of vision of development of the involved areas, that includes various actions promoted to combat marginality and depopulation of mountain areas, through opportunities for economic development and social inclusion. In this context, social enterprises become key players in rebuilding community relations that are a fundamental tool for local development.

The next pilot visit of SENTINEL project is taking place in Maribor, Slovenia, at the end of September 2019.

After three years of successful implementation, the partnership of the ADRIPASS project (Integrating multimodal connections in the Adriatic Ionian Region), funded under the INTERREG ADRION Programme and led by the Central European Initiative - Executive Secretariat, virtually gathered on 2 December for their final conference.
Read more
ADRIPASS
EU projects
Environmental protection

On 26 November, around fifty participants joined the 1st Webinar of the EU project SUSTOURISMO funded by the Interreg ADRION programme organised by the Central European Initiative – Executive Secretariat (CEI-ES) to get closer to the tourism-sector-related stakeholders.
Read more
EU projects
SUSTOURISMO
Economic growth