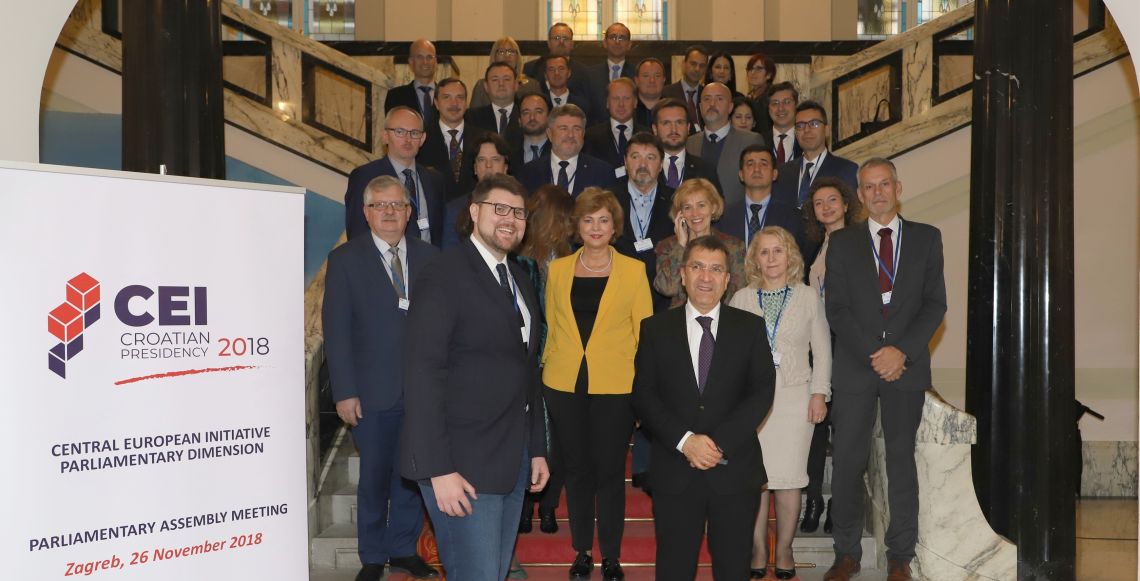 In the framework of the Croatian CEI Presidency, the Parliamentary Assembly of the CEI Parliamentary Dimension was held in Zagreb, Croatia, on 25-26 November, under the topic “Tourism Development and Local Community: How to Foster Sustainability?”. Representatives from eleven CEI Member States discussed the tangible effects of tourism on the economy, infrastructure and the environment in local communities.

In his introductory remarks, the Deputy Speaker of the Croatian Parliament, Željko Reiner, addressed the audience stressing that tourism in today's world had become a global phenomenon with a very large increase in tourist visits, especially in Europe as well as in other parts of the world. The current Head of the Parliamentary Dimension, Peđa Grbin, underlined that the CEI Parliamentary Dimension - thanks to its political experience - had made efforts to tackle the issues and challenges related to sustainable tourism development.

CEI Alternate Secretary General, Antal Nikoletti, highlighted the relevance of the CEI Parliamentary Dimension which along with the Governmental and the Business Dimensions is positioned as one of the three pillars of the CEI. He underlined the role played by the CEI in promoting the EU integration process and its strong commitment to the Eastern European Partnership, representing a recognisable framework for cooperation between the EU and partner countries.

Frano Matušić, State Secretary at the Croatian Ministry of Tourism, presented the international cooperation agenda of the Ministry and stressed that Croatia currently, together with Albania, was co-chairing Pillar 4 of the EUSAIR - a macro-regional EU strategy for the Adriatic and Ionian region dealing with sustainable tourism. He also presented the results of the CEI-supported workshop “Cultural Routes of the Olive Trees” held on the island of Mali Lošinj, whose main objective was the presentation of projects with an emphasis on the development of cultural routes closely related to sustainable tourism

The agenda also included the meetings of the three PD General Committees on Political and Home Affairs, on Economic Affairs, and on Cultural Affairs.

The Parliamentary Assembly adopted a Final Declaration (See below).

The Heads of Government of the CEI Member States or their representatives as well as high-level representatives of international and regional organisations and institutions gathered in Rome on 19 December for the concluding event of the Italian CEI Presidency, the CEI Summit.
Read more
Italian/Presidency
Governmental Dimension