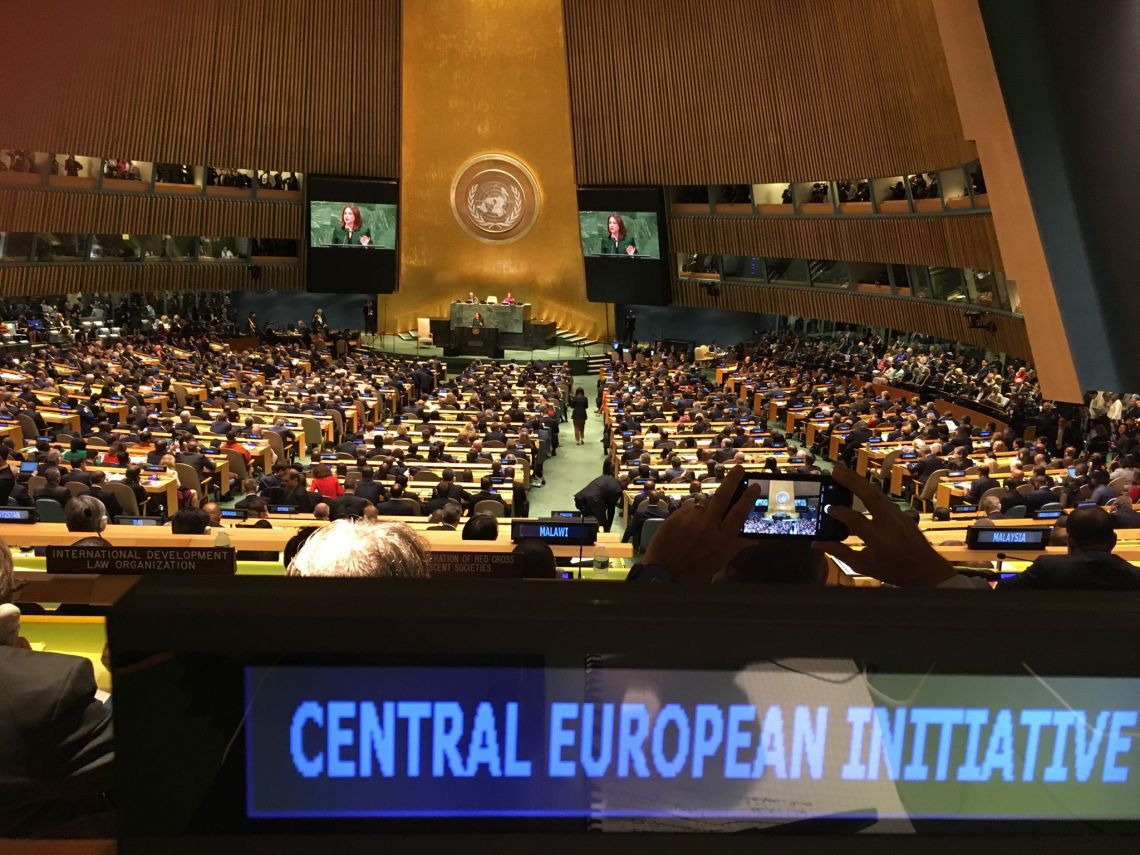 The UN General Assembly adopted yesterday, 26 November, 8 resolutions promoting cooperation with regional groups, among which the Resolution “Cooperation between the United Nations and the Central European Initiative”. The Resolution was introduced to the Assembly by Vladimir Drobnjak from the Permanent Mission to the UN of the Republic of Croatia, in its capacity of CEI Presidency for 2018, who underlined the CEI’s efforts for political and socioeconomic development of its countries. This includes the Plan of Action 2018-2020, which contributes to the implementation of the Sustainable Development Goals across the region. The Central European Initiative is committed to developing practical and result-oriented projects, particularly with the United Nations Educational, Scientific and Cultural Organization (UNESCO), the Economic Commission for Europe (ECE) and other UN specialised agencies.

The Assembly then took up the draft resolution “Cooperation between the United Nations and the Central European Initiative” (document A/73/L.17), adopting it without a vote.