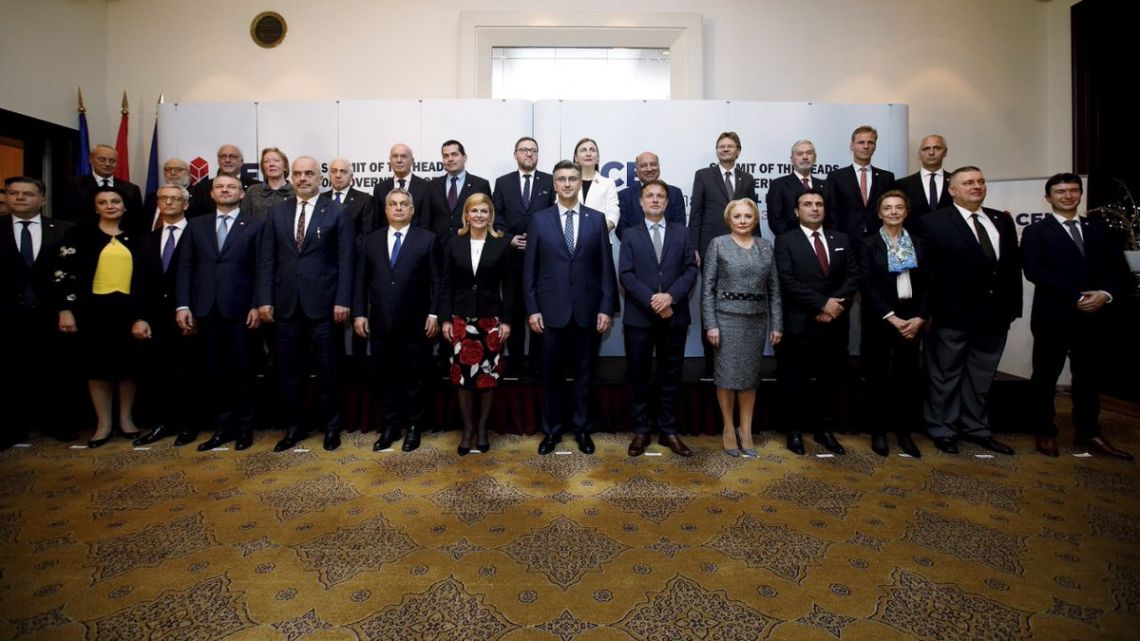 The Heads of Government of the CEI Member States met in Zagreb on 3-4 December 2018 for their Summit, the top political event in the framework of the Initiative. Under the outstanding guidance of the Prime Minister of the Republic of Croatia, Andrej Plenković, they discussed the current challenges the region was facing in the context of the topic “Building Security, Boosting Economy, Enabling Prosperity”, and underlined the importance of the platform for political dialogue the CEI provided to its countries.

In this context, the Heads of Government had the chance to single out their countries’ individual concerns and approaches, but also the necessary common actions aimed at cohesion and solidarity among them while addressing the open issues. In a time of crucial challenges such as the migration crisis, tensions in the Balkans, risks for the territorial integrity and sovereignty of a Member State, it was important to "leave the emotions behind and work together for a brighter future”, as expressed by several speakers. Indeed, the problem faced by Italy with the migrants using the Mediterranean route, and also of the Balkans with the routes crossing it, the breaking of the norms and principles of international law regarding Ukraine, but also the brain drain, climate change and so on, were all mentioned as issues requesting a joint approach. All in all, under such circumstances, the concept of more "regional cooperation", as also stressed by the speakers, prevailed and the usefulness of the CEI was in particular highlighted. Preventing illegal migration, increasing connectivity, promoting innovations, etc. would only be possible by staying united.

The EU-Commissioner for European Neighbourhood and Enlargement Negotiations, Johannes Hahn - who also participated in the meeting - was along the same lines as the Prime Ministers, highlighting the importance of the rule of law, good neighbourly relations, fundamental rights and good governance, which are core democratic values at the heart of the EU. He also assured on the EC's will to strengthen cooperation with the CEI, as a useful instrument for attaining these goals. The President of the EBRD, Suma Chakrabarti, confirmed the Bank's commitment to the reforms in the region, thanking the CEI for its long-lasting partnership, in particular in the framework of the CEI Fund provided by Italy, which has additionally contributed to making this possible.

Since Croatia is the youngest member of the EU, the Heads of Government welcomed the innovative and selfless approach adopted by the Croatian CEI Presidency in sharing not only the transfer of knowledge and experiences on European integration matters with its partners of the region, not yet members of the EU, but also on other issues related to sustainable development. Furthermore, the Heads of Government praised the CEI tailor-made instruments for achieving its goals and objectives. They also appreciated the distinctive CEI approach to tackle certain issues such as connectivity, science and cultural diplomacy.

The Heads of Government, while evoking the times of the CEI establishment 29 years ago, thanked Italy, one of its founding countries, for its continuous political commitment to the CEI as an important cooperation platform for their countries. They also praised Italy’s generous financial support to the CEI-Executive Secretariat, this latter at the complete disposal of the Member States from both a concept and organisational point of view. They thanked Austria, which had also played an important role in the Initiative ever since its inception, while respecting, however, its decision to withdraw from it.

The gathering also witnessed the adoption of the revised CEI Guidelines and Rules of Procedure and endorsed the Interim Implementation Report 2018 of the CEI Plan of Action 2018-2020.

It also acknowledged the appointment of Sen. Roberto Antonione as new Secretary General of the CEI-Executive Secretariat in Trieste as of 1 January 2019 and wished him a successful mandate, by expressing their countries' full support. They also thanked the outgoing CEI Secretary General Amb. Giovanni Caracciolo di Vietri for the excellent work carried out during his two mandates.

The meeting concluded with the formal transfer of the CEI Presidency to Italy, to be effective as of 1 January 2019. Represented by the Minister of Regional Affairs and Autonomies, Erika Stefani, Italy reiterated its further commitment and announced some of the priorities of its Presidency, i.e. connectivity, good governance and the rule of law, intercultural cooperation,  science diplomacy.  Italy will continue to strengthen cooperation relations with the European Commission, but also with other partners and will work on increasing the CEI's international visibility.

The CEI Summit received enormous interest among journalists not only in Croatia but also in the countries of the region with exceptional media coverage.