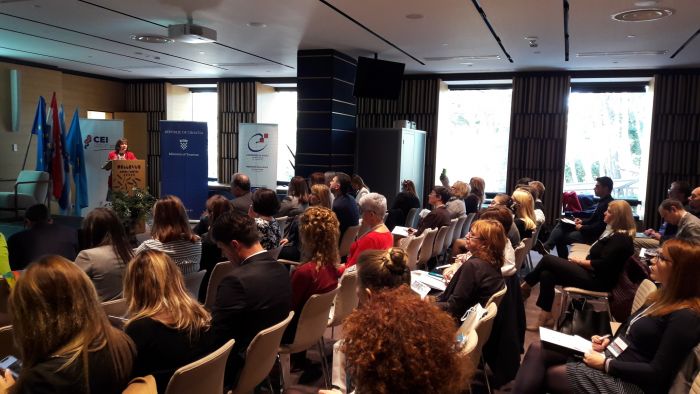 The International Workshop “Cultural Routes of the Olive Tree”,a model for Europe’s values, heritage and sustainable development, was held on 14-16 November 2018 on the island of Mali Losinj, Croatia. It was organised by the Ministry of Tourism of Croatia in the framework of the Croatian Chairmanship of the Council of Europe and CEI Presidency.

Among the various Croatian authorities, the participants were also welcomed by Ms Lidija Arsova, CEI Senior Executive Officer in charge of the External Relations and Liaison with Member States, who underlined that "cultural heritage and sustainable tourism have always been among the CEI priorities. They are also among the central themes of the Croatian CEI Presidency 2018 with a number of events organised throughout the year by the country’s institutions, including within the CEI Parliamentary Dimension. Moreover, the current CEI Plan of Action covering a three-year period from 2018 to 2020, includes a number of goals and objectives related to these areas, thus confirming the CEI's further commitment."

The gathering itself was divided into four sessions, an introductory workshop and three focused workshops where the participants had the chance to establish contacts, exchange experiences and share ideas.

This event was co-funded under the CEI Cooperation Fund.