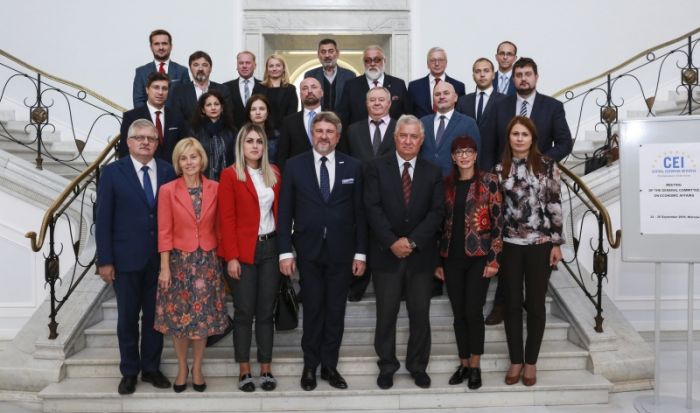 The meeting of the General Committee on Economic Affairs of the CEI Parliamentary Dimension was held in Warsaw at the Polish Parliament on 25 September gathering delegations from Belarus, Bosnia and Herzegovina, Bulgaria, Croatia, Hungary, Montenegro, Poland, Romania, Serbia and Ukraine.

The event was chaired by Bogdan Rzońca, MP - Head of the Polish Parliamentary Delegation to the CEI and Chairman of the General Committee on Economic Affairs. The main topics of the meeting were infrastructure, road, energy and connections in the CEI region on the North-South axis, with a special focus on the Via Carpathia road construction project.

During the debate, participants emphasised that regional cooperation for infrastructure development should focus on the creation of a cohesive transport system between the Baltic Sea and the Black Sea as well as the Balkans. In this regard, participants also held discussions on the Carpathian Declaration signed by Hungary, Poland, Slovakia and Ukraine during the Economic Forum in Krynica in September 2018. The document not only fosters the above cooperation but also aims at establishing a Macro-regional Strategy for the Carpathian Region, which, in the future should become one of five EU macro-regional strategies.