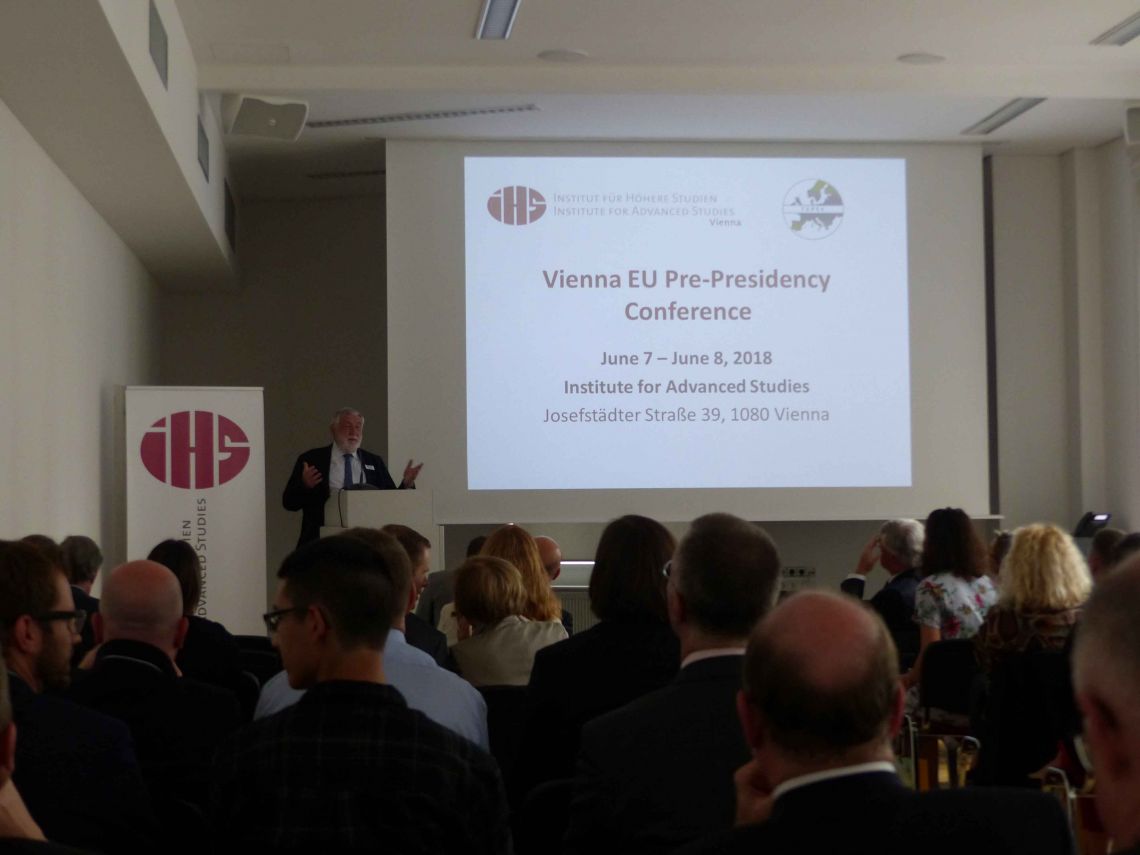 On the occasion of the Austrian EU Council Presidency starting on 1 July 2018, the Trans European Policy Studies Association TEPSA held its traditional Pre-Presidency Conference in Vienna on 7 and 8 June. The Conference was organised in cooperation with and hosted by the Institute for Advanced Studies (IHS) with the support of TEPSA’s associate member, the Austrian Society for European Politics (ÖGfE).

The Conference is part of the long-standing tradition of TEPSA’s Pre-Presidency Conferences (PPCs), which take place twice a year in the capital of the country holding the EU Council Presidency prior to the beginning of its mandate.

This Pre-Presidency Conference brought together around 90 academics and researchers from the broad TEPSA network, policy-makers, media and civil society in order to discuss the agenda and challenges of the upcoming Council Presidency. Besides many lively discussions, the conference also provided ample networking opportunities for researchers from both EU and non-EU countries.

This event was co-funded by the CEI Cooperation Fund.

The International Workshop “Cultural Routes of the Olive Tree”,a model for Europe’s values, heritage and sustainable development, was held on 1

RAD 2018 was organised by the RAD Association in cooperation with the Faculty of Electronic Engineering, University of Niš on 18-22 June. The sixth edition gathered 292 participants from 39 countries, 169 of which were from CEI countries.
Read more
Cooperation fund
research and innovation

The Ministers of Foreign Affairs of the Member States of the Central European Initiative held their annual meeting in Split (Croatia) on 11 June 2018 under the Croatian CEI Presidency.

The Ministerial Conference on “Fostering Cohesion and Competitiveness through Regional Cooperation” took place in Zagreb, Croatia on 6 June 2018.