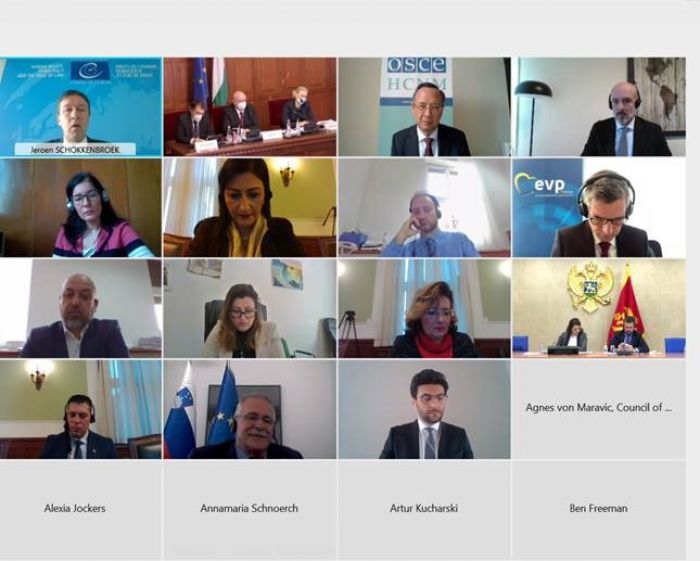 The Hungarian Chairmanship of the CEI Parliamentary Dimension (PD) General Committee on Cultural Affairs organised a meeting on 21 April, hosted by the Hungarian National Assembly with remote participation of Parliamentary Delegations of CEI Member States.

The gathering on “Cultural diversity and identity in Europe” was an opportunity to relaunch the activities of the  PD which has had to limit its usual events due to the COVID-19 pandemic.

Attila Tilki,  Head of the CEI PD Cultural Committee and Deputy Head of the Hungarian Delegation to the CEI PD, emphasised the importance of promoting cultural diversity and identity in the region, preserving cultural heritage and supporting the creative sectors with great potential for growth.

CEI Deputy Secretary General, Zoran Jovanovic, highlighted the CEI mechanisms and instruments promoting intercultural cooperation and diversity in the CEI region. He referred to major activities and projects developed within the Organisation upon the proposal of the Members States with the view of fostering good-neighborly relations, boosting quality management of cultural heritage and creative industries, advancing inclusion and accessibility. “The capacity of cultural diplomacy to strengthening international relations through mutual understanding and people-to-people exchanges is particularly relevant for the implementation of the CEI mission, that is promoting European integration and sustainable development”, he said.

The panel discussion moderated by Hajnalka Juhász, Ministerial Commissioner in charge of fostering the international relations of the Hungarian Presidency of the Council of Europe, witnessed contributions from Kairat Abdrakhmanov, OSCE High Commissioner on National Minorities; Jeroen Schokkenbroek, Director, Directorate of Anti-discrimination, Council of Europe; Herbert Dorfmann, Member of the European Parliament, Intergroup for Traditional Minorities, National Communities and Languages.

A debate followed with the members of the National Parliaments of CEI countries and reference was made to the upcoming Hungarian Chairmanship of the Council of Europe (May-November 2021), also in view of further enhancing cooperation between the CoE and the CEI in areas of common interest.

The next PD event under the Montenegrin Presidency, i.e. the Parliamentary Committee is taking place in May.