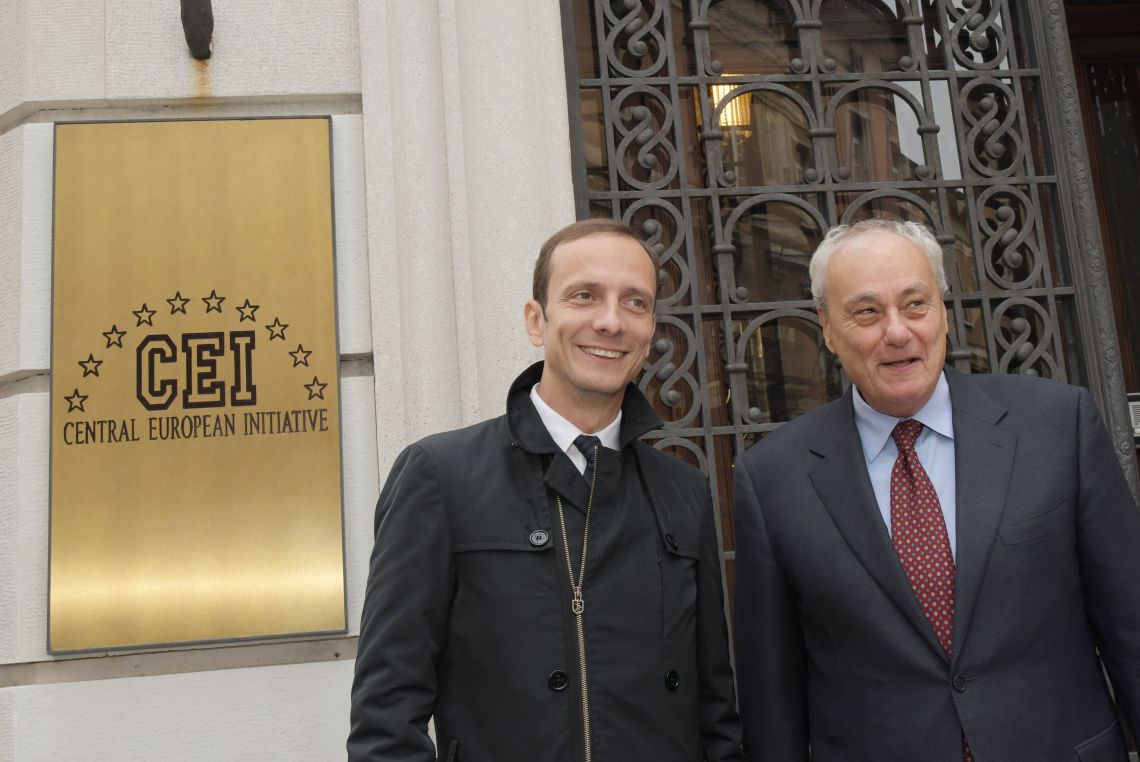 On Monday 14 October, the Governor of the Friuli Venezia Giulia Region (FVG), Massimiliano Fedriga, paid a visit to the CEI Executive Secretariat (CEI-ES) hosted by SG Antonione together with his team. The gathering was a chance to shed a light on the activities supported by the Region and administered by the CEI Secretariat as well as on future actions.

Fedriga highlighted that the CEI was a strategic body for the development of international projects, thus making Trieste an ever more economic and political link between Western and Eastern Europe. He underlined that a stronger collaboration would enable the two parties to jointly move towards the elaboration of projects in areas of common interest such as logistics and applied research.

Among the various projects described during the meeting were: the development of the Local Dimension joining the three main pillars of CEI activities (Governmental, Parliamentary and Business Dimensions) in order to foster international cooperation including the local authorities in its 17 Member States; and the EU-funded NAMIRG project, aimed at creating a special unit for firefighters competent to intervene in the Adriatic Sea in the event of fires aboard ships or other boats.

In his welcoming remarks, Antonione highlighted that the good relations with the Region went back to 1996 when the seat in Trieste had been made available to the CEI by the Italian Government through the FVG Region itself. And that it had been offered, free of charge and ties, under terms described in a Protocol eventually concluded and signed between the CEI Secretariat and the FVG Autonomous Region, in Trieste on 20 December 1999.  “The close ties between the CEI and the Region contribute to building our country's foreign policy”, he concluded.