Under the topic “Thinking out of the box: more profitability and transparency in the media market” the 12th edition of the South East Europe Media Forum, held in Tirana, Albania, on 15-16 November, gathered almost 300 participants - editors-in-chief, leading journalists, business professionals, civil society and academia as well as representatives of relevant international organisations and state institutions from Central, Eastern and South-Eastern Europe and beyond. The Forum was hosted by the South East Europe Media Organization (SEEMO), the Media Program South East Europe of the Konrad-Adenauer-Stiftung (KAS) and the Central European Initiative (CEI).

The Forum included several panel discussions on key issues, such as: the business of news; influences of propaganda on media business; sustainability and credibility of media outlets; media ownership and transparency. A special session was devoted to media and politics in Albania.

A welcome address was delivered by Ilir Meta, President of Albania. “One of the pillars of democracy' in the path that leads to the EU and beyond is precisely free and independent journalism. It’s necessary that the professionals reject any attempt to destroy good journalism to replace it with the fake news that are so widespread in the Internet. Especially the Western Balkans are being transformed through two main values: collaboration and reconciliation. In this process the local media play an exceptional role'' the President said.

The CEI was represented by Ilir Melo, CEI National Coordinator for Albania, Director for Region and Neighbouring Countries, Albanian MEF,  who welcomed the participants underlining that cooperation in the field of media remains a priority for the CEI, as highlighted in the Plan of Action 2018-2020, with a focus on promoting media pluralism, transparency and independence as well as enhancing quality journalism.

"The main aim of the forum is bringing together people from different countries, with different backgrounds and help them to face common difficulties and challenges, offering networking opportunities for discussing about relevant media issues”, explained Oliver Vujovic, SEEMO Secretary General. He also emphasised that "for SEEMO the partnership with the CEI is very important especially because the CEI is a regional forum bringing together EU and non-EU countries which is crucial for debating press freedom and freedom of expression in this part of Europe”.

Hendrik Sittig, head of KAS Media Program South East Europe, pointed out that “journalists with high professional standards always look at  different sides of the story and check the facts; of course, in times of  internet, speed is very important in journalism, but the quality is more important if you want to stay credible. Journalists should combine speed with quality and not just quoting statements of others”.

During the SEEMF, the annual CEI-SEEMO Award for Outstanding Merits in Investigative Journalism was presented to Stevan Dojčinović and Dragana Pećo (Serbia) in the section “Professional Journalists” and Nino Bilajac (Bosnia and Herzegovina) in the section “Young Professional Journalists” while a special mention was assigned to Ákos Keller-Alánt (Hungary). The jury has also decided to honour the memory of the investigative journalist Ján Kuciak (Slovakia), murdered last February, with a special mention. Moreover, a special diploma will be presented to the investigative journalist Olivera Lakić (Montenegro) shot and injured in May this year.

The SEEMF is a CEI Feature Event supported by the CEI Cooperation Fund. 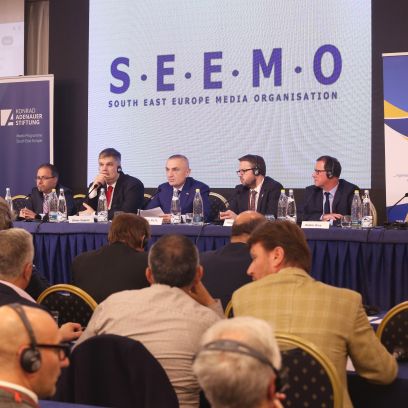 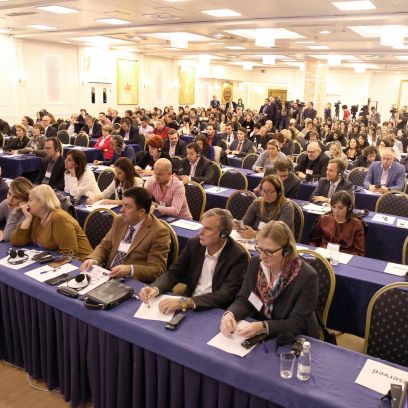 Cecilia Anesi from Italy and Natalija Jovanovic from Serbia are the winners of this year’s CEI SEEMO Award for Outstanding Merits in Investigative Journalism, promoted by the Central European…

Over 250 participants representing editors-in-chief, leading journalists, business professionals, civil society and academia from the CEI region and beyond as well as representatives of international…

On the occasion of the meeting of the jury of the CEI SEEMO Award for Outstanding Merits in Investigative Journalism, held in Trieste on 8 July with the participation of prominent journalists and…

Prominent science reporters, editors and researchers from the region gathered on Friday 5 April at the Radio televizija Srbije in Belgrade for the first of three Balkan Science Journalism workshops…