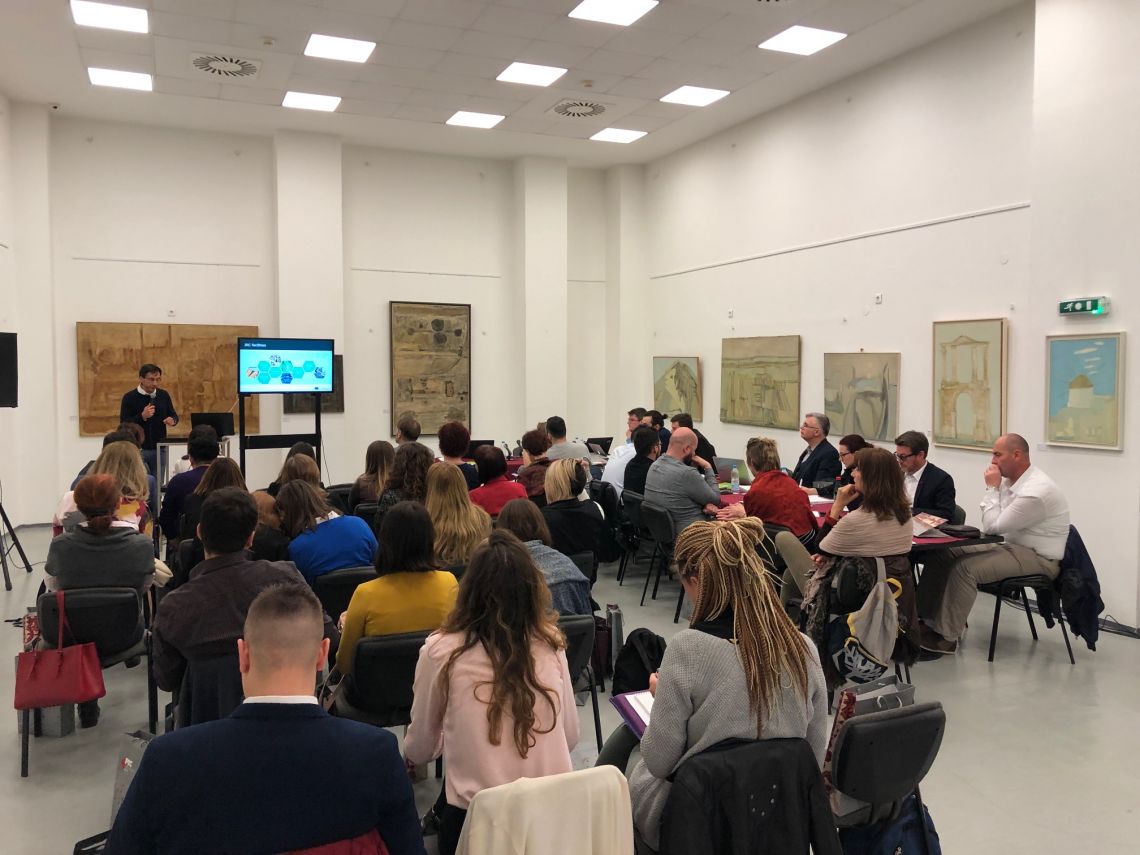 Prominent science reporters, editors and researchers from the region gathered on Friday 5 April at the Radio televizija Srbije in Belgrade for the first of three Balkan Science Journalism workshops.

The events - co-organised by the Center for Ethics in Science and Journalism (CESJ), the Balkan Network of Science Journalists, the Master’s Course in Science Communication “Franco Prattico” at SISSA and the European Commission’s Joint Research Centre (JRC) in Ispra, Italy - aim at enhancing science journalism capacity and skills as well as promoting excellence in science, health and environmental coverage in Central and Eastern Europe.

The Belgrade workshop - co-funded by the CEI which supported the participation of some journalists - offered the opportunity for a lively discussion on common topics related to science journalism: from basics of pitching, reporting and writing science stories to building a science journalism freelancing career; from key policy, business, funding issues in the region to investigative reporting on science and the environment in small countries.

During the meeting, the participants exchanged experiences and practices also tackling issues such as access to information from the relevant institutions as well as the need for available and free of charge data tools supporting the working process.

The next workshops will be held in Lausanne, Switzerland, on 1 July 2019, and in Trieste, Italy, on 3 July 2020, in the framework of ESOF2020 (EuroScience Open Forum) conference. The Belgrade workshop was included among the activites of the proESOF programme. Therefore, special attention was given to the theme and key goals of ESOF2020 and their relevance for science journalists.

The aims and outcomes of the science journalism workshop are in line with the role the CEI plays in fostering scientific cooperation and science diplomacy as well as in enhancing quality journalism in the region.

This event is co-financed under the CEI Cooperation Fund.

Over 250 participants representing editors-in-chief, leading journalists, business professionals, civil society and academia from the CEI region and beyond as well as representatives of international organisations and state institutions gathered in Zagreb, Croatia, on 4-5 November for the South East Europe Media Forum (SEEMF).
Read more
Media freedom

Under the topic “Thinking out of the box: more profitability and transparency in the media market” the 12th edition of the South East Europe Media Forum, held in Tirana, Albania, on 15-16 November, gathered almost 300 participants.
Read more
Media freedom