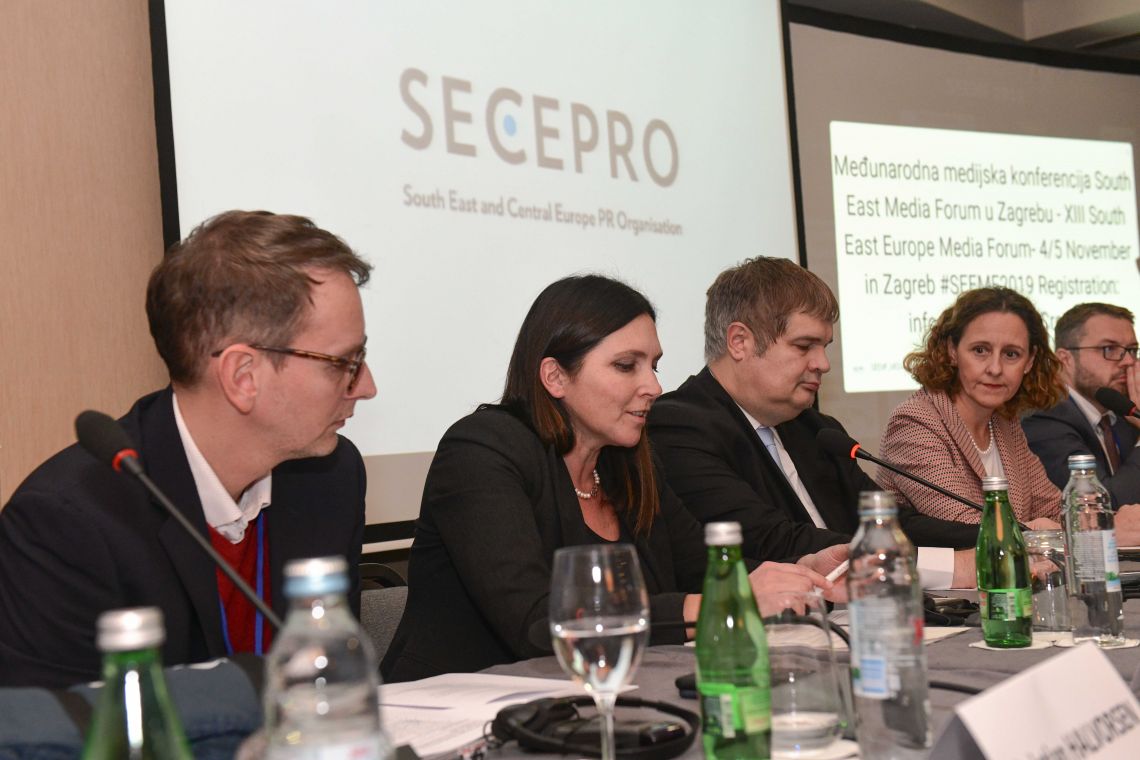 Over 250 participants representing editors-in-chief, leading journalists, business professionals, civil society and academia from the CEI region and beyond as well as representatives of international organisations and state institutions gathered in Zagreb, Croatia, on 4-5 November for the South East Europe Media Forum (SEEMF).

The Croatian Minister of Culture Nina Obuljen Koržinek welcomed the participants making reference to the media situation in Croatia and the new electronic media law currently under discussion. “As for guidelines and priorities that we consider important in the further development of our media policies, emphasis is put on improving the quality of the media. It is clear that without free and independent media, a society is neither free nor democratic," she said, adding that currently everyone was faced with a flood of fake news and misinformation.

CEI Deputy Secretary General, Nina Kodelja highlighted the importance of regional cooperation in the field of media, where CEI activities focus on the promotion of media pluralism, transparency and independence, as well as on enhancing quality journalism. She particularly pointed out the CEI support to investigative journalism through the CEI SEEMO Award, which this year has focused on environmental issues. “Media freedom and pluralism are among the key indicators of a country's readiness to become part of the EU. Media highly contribute to shaping public perception and raising public awareness, therefore it is essential to encourage fair, accurate and inclusive media coverage” she also said.

The Forum’s agenda addressed key issues such as: Public Service Media under pressure – between finance struggles and political influence; Multimedia – “rescue package” for established media outlets?; Print media as pillar for democracy.  The debate witnessed a lively participation from the audience with several questions and contributions. The need for promoting education activities especially to train the new generation of journalists was particularly tackled, considering the challenges and opportunities of the new technologies, on one side, and the necessity to preserve the standards and the ethics of journalism, on the other side.

During the SEEMF, the CEI SEEMO Award for Outstanding Merits in Investigative Journalism 2019 was presented by CEI Senior Officer Barbara Fabro to Ermin Zatega (Bosnia and Herzegovina) and Mubarek Asani (North Macedonia) in the section “Professional Journalists” and Arlis Alikaj (Albania) in the section “Young Professional Journalists”, while a special mention was presented to Jagoda Bastalic (Croatia) and Dina Djordjevic (Serbia).

The SEEMF is a CEI Feature Event supported by the CEI Cooperation Fund.

Prominent science reporters, editors and researchers from the region gathered on Friday 5 April at the Radio televizija Srbije in Belgrade for the first of three Balkan Science Journalism workshops.
Read more
Media freedom

Under the topic “Thinking out of the box: more profitability and transparency in the media market” the 12th edition of the South East Europe Media Forum, held in Tirana, Albania, on 15-16 November, gathered almost 300 participants.
Read more
Media freedom