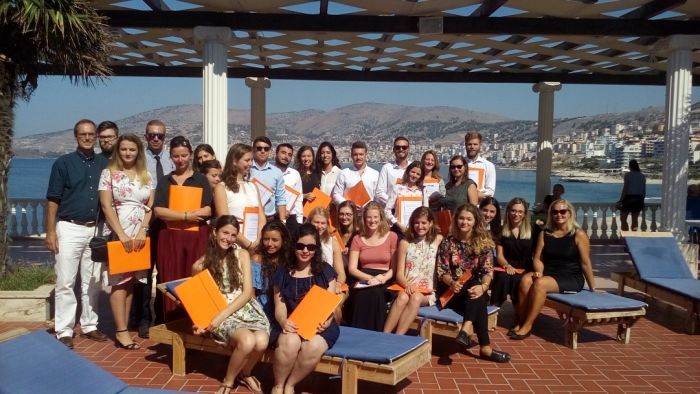 The Straniak Academy for Democracy and Human Rights, established by the Ludwig Boltzmann Institute of Human Rights, took place in Saranda, Albania on 2 -15 September 2018. The event organised for the fifth time gathered 32 students and 20 professors and human rights experts from Austria and the Western Balkan Region.

The Academy offered a unique opportunity to participate in lectures and discuss important issues on democracy, human rights and the rule of law with a special focus on the Western Balkan region. The lectures were held in tandem, by a lecturer from an EU country together with another one from the WB region, thus offering different perspectives and approaches. In addition to the lectures on the EU, the Council of Europe, the OSCE, the UN and the European Convention on Human Rights, the Academy focused on specific topics such as the prevention of torture, environmental law, asylum law and corruption, the latter being discussed during a role-play, resulting in the creation of a resolution, prepared and finalised by the students.

This initiative promoted high-quality education from the best experts in the field, linking theory and practice in an interactive format.