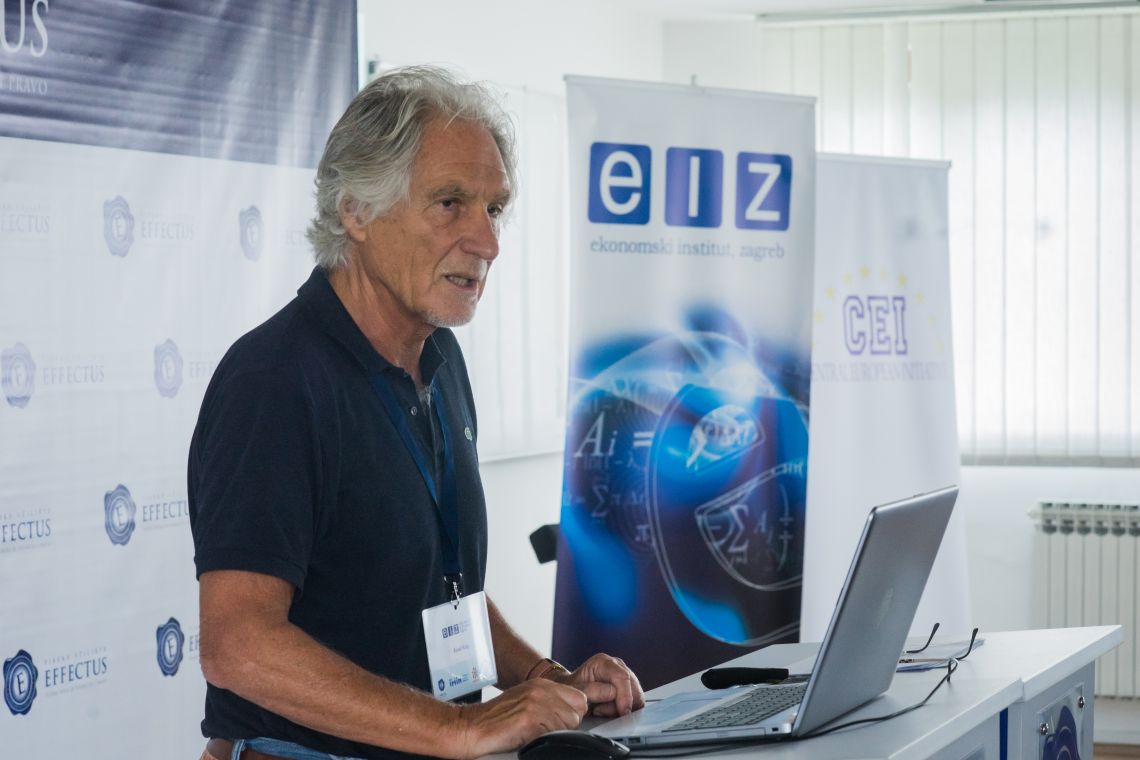 The Third Annual Conference of the Western Balkans Migration Network (WB MIGNET) "A search for that special place under the sun in modern Europe: migration in the twenty-first century" was held in Zagreb on May 25-26. The event aimed encouraging an interdisciplinary approach to discussing migration It was attended by more than 60 participants from the academic community, international organisations, governmental institutions and non-governmental organisations.

Welcome speeches were delivered by Maruška Vizek, PhD, director of The Institute of Economics, Zagreb; Jelena Uzelac, dean of the University College for Law and Finance – Effectus; Ivana Živković, CEI National Coordinator and Head of the Directorate for Regional Cooperation and Support of the Ministry of Foreign and European Affairs. The keynote speech on fragmented and fluid migrations was given by Prof. Russell King while Prof. Aija Lulle spoke about the notion of the European periphery and Dr. Ferruccio Pastore gave an overview of the last decade with a special focus on the economic crisis and migrations.

CEI Project Manager and Focal Point on Migration, Ugo Poli, highlighted that “WB MIG-NET - with this 3rd conference and the confirmed quality of its scientific agenda - could be considered as the main sustainable outcome of the Extraordinary Campaign launched in 2015 by the CEI Secretariat on behalf of the CEI Ministries of Foreign Affairs in Ohrid in June that same year. The campaign proved the ability of the CEI Secretariat through its small donor programmes such as the Cooperation Fund to deliver on a short track basis and to generate multiplying effects in fields deemed as political priorities for the CEI constituency”.  He also emphasised that both the Zagreb conference and the MIGRALONA project, recently finalised by the CEI Focal Point on Migration together with MARRI RC and NALAS, , proved the relevance of synergies entitled to CEI operations in this field.

More than 20 research papers were presented.  The conference also included a panel discussion about the policy responses to the refugee and asylum seeker problems on the Balkan route.

More details about the event HERE.

This event was co-funded by the CEI Cooperation Fund.