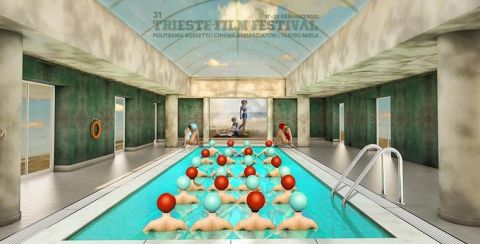 The CEI, through its Cooperation Fund, is one of the sponsors of the Trieste Film Festival, the most important Italian appointment with Central and Eastern European cinema, taking place this year on 17-23 January.

In particular, the CEI supports the Midpoint Feature Launch @ Eastweek, organised through a cooperation between the Trieste Film Festival and Midpoint, the international script and project development programme for emerging film professionals, based in Prague.

During the Festival, a special CEI Award of 3000 EUR will be offered for the film that best represents the contemporary world and dialogue among cultures.

The CEI also supports the co-production forum “When East Meets West”, taking place in Trieste on 19-21 January and bringing together film professionals from all over Europe.

Valorising the remarkable and unique geological, historical and naturalistic heritage of North Macedonia is one of the main objectives of the Know-how Exchange Programme project GECCOSPARK officially launched in Skopje (North Macedonia) on 12-14 February.
Read more
KEP
EBRD
Intercultural cooperation

The CEI Award 2020 at the Trieste Film Festival goes to Marko Škop from Slovakia for his film Let there be light/Nech je svetlo. It was presented by Zoran Jovanovic, CEI Deputy Secretary General, on the occasion of the awarding ceremony in Trieste on 20 January.
Read more
prizes
Cooperation fund