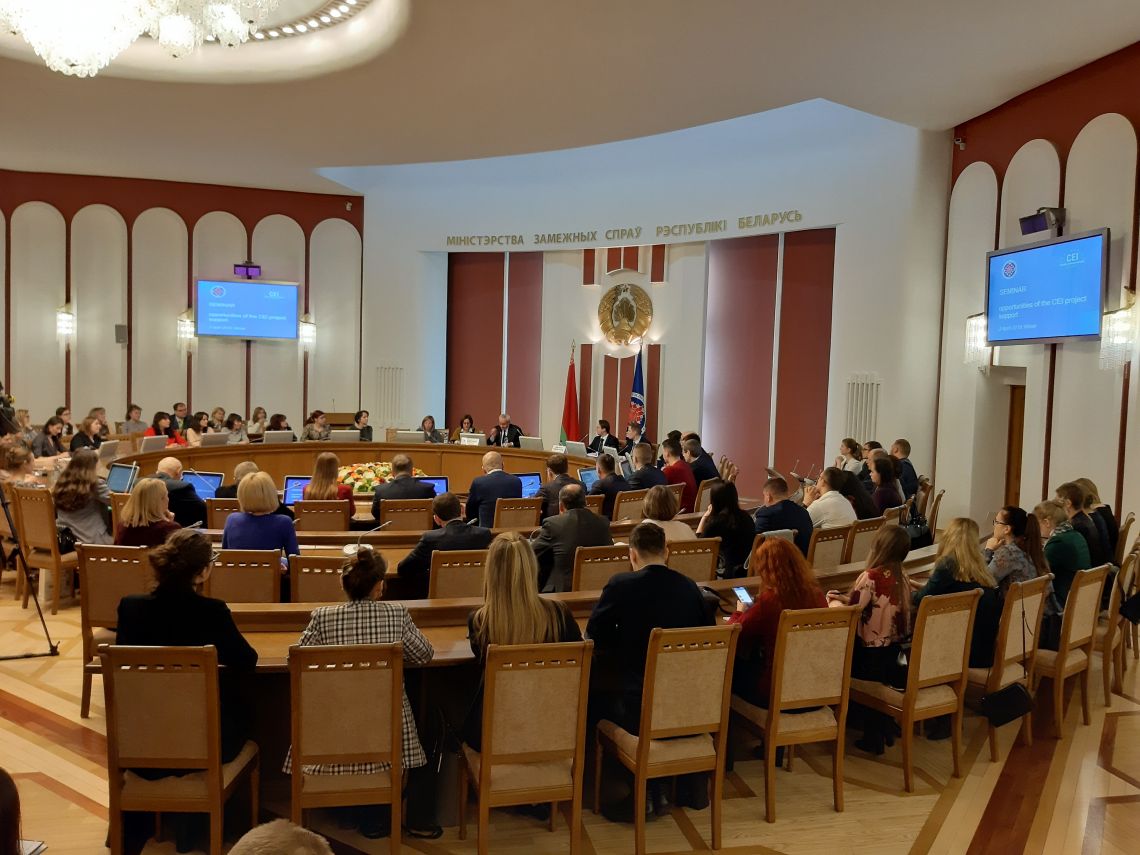 In Warsaw, the delegation met with the State Secretary of the Ministry of Foreign Affairs Szymon Szynkowski as well as with representatives of the Polish Ministry of Science and Higher Education.

In Minsk, high-level meetings were held with the Minster of Foreign Affairs of Belarus Vladimir Makei and with the President of the State Committee for Science and Technology of the Republic of Belarus Alexander Shumilin and their respective delegations. A special seminar was held at the premises of the Ministry of Foreign Affairs on the preparation of applications for CEI co-financing through the CEI Cooperation Fund and the CEI Know-how Exchange Programme.

The main goal of the mission was to discuss the future strategic direction of the Organisation and further possibilities for enhancing cooperation in the framework of the CEI. Possibilities of an enhanced involvement of Poland and Belarus in the Organisation’s activities were also explored. In this context, the discussion touched upon the state-of-the-art regarding the CEI activities and possible new developments in the areas of interest to both countries, as well as on the priorities of the Italian CEI Presidency 2019. Science and education were singled out as important topics to be pursued further.

The CEI-ES team also met with the Presidents of the Polish and Belarusian CEI Parliamentary Delegations, Bogdan Rzońca and Irina Starovoitova, respectively, as well as with other members of the Parliamentary delegations of both countries. Meetings were also held with representatives of the CEI Business Dimension. In particular, in Warsaw they met with Vice-President Marek Kłoczko and other representatives of the National Chamber of Commerce. In Minsk, they met the President of the Belarusian Chamber of Commerce and Industry Vladimir Ulakhovich and the Vice President Sergei Nabeshko. 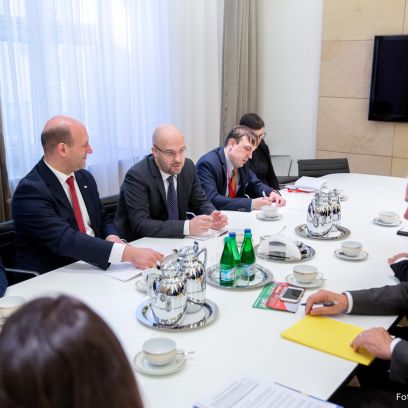