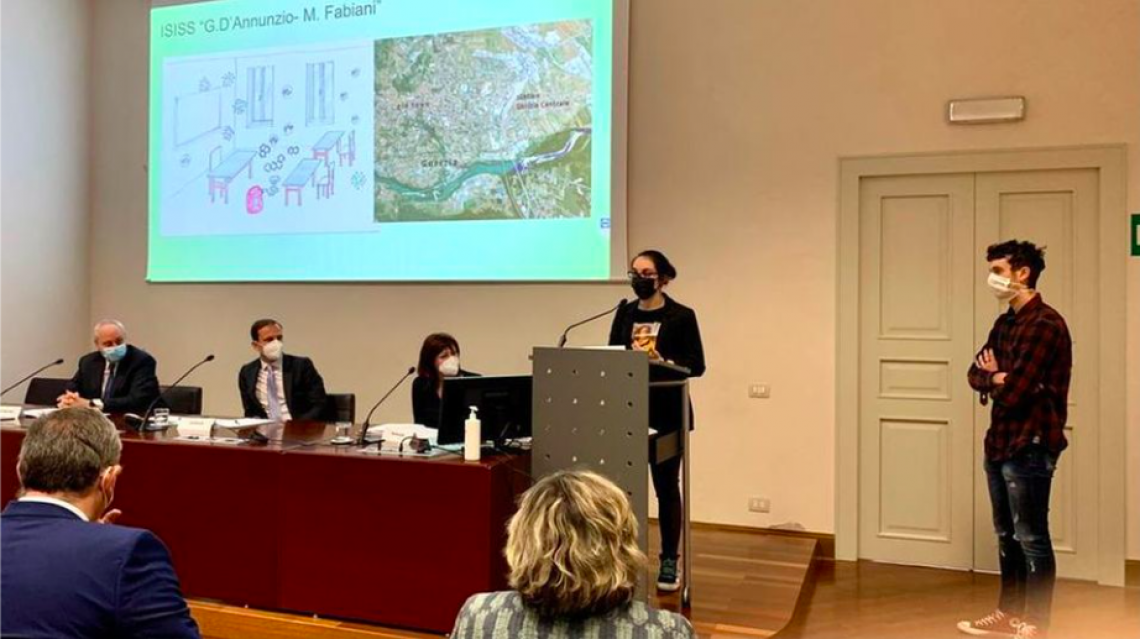 The best ideas submitted by the schools in the Friuli Venezia Giulia Region (Italy) and the City of Trieste under the first edition of Call for Ideas ‘Active young citizen for sustainable development in CEI and AII areas' were officially announced during the award ceremony in Trieste on 24 May.

Among the 70 proposals received in all, and among those developed by the high schools in the Friuli Venezia Giulia region (FVG), the 'Robotic in action to preserve our lagoon ecosystem!' from the Enrico Mattei State Institute of Higher Education in Latisana-Lignano Sabbiadoro and 'The ponds reflect the sky - The Karst ponds, witnesses of a community's history, safeguard for the biodiversity, keepers of rainwater' from the Liceo classico e linguistico Petrarca of Trieste have respectively been selected as the best in the FVG Region and the best presented by the Trieste high schools.

The initiative created by the CEI and the Adriatic Ionian initiative with the support of the Italian Ministry of Foreign Affairs and the FVG region aims at raising awareness about the United Nations 2030 Agenda to improve the quality of life of all peoples. In particular it fosters the involvement of young people from high schools in 19 countries of Central, Eastern and South-Eastern Europe in the development of project ideas to promote sustainable development in local realities. The FVG region decided to support this initiative by awarding a school of the FVG Region; the Fondazione CRTrieste supported the prize dedicated to the best idea submitted by a school of the City of Trieste.

CEI Secretary General, Roberto Antonione who had recently participated in the award ceremony of the schools from the CEI-wide area expressed his gratitude to the Region for the support given to the event underlining that 8 out of the 10 Italian proposals came from the FVG region.

Governor Massimiliano Fedriga, strongly highlighted that global change needed to start from one’s own home and that involving young people for the development of the world of tomorrow was crucial.

Councilor for Education, Alessia Rosolen pointed out that the tangible content of the projects presented by the Friuli Venezia Giulia youth were part of a sense of more general culture that would allow us to be better and to continue looking to the future.

In light of the success achieved in this first edition, a second Call for Ideas will be announced later this year.

Winners of Call for Ideas for Sustainable Development announced