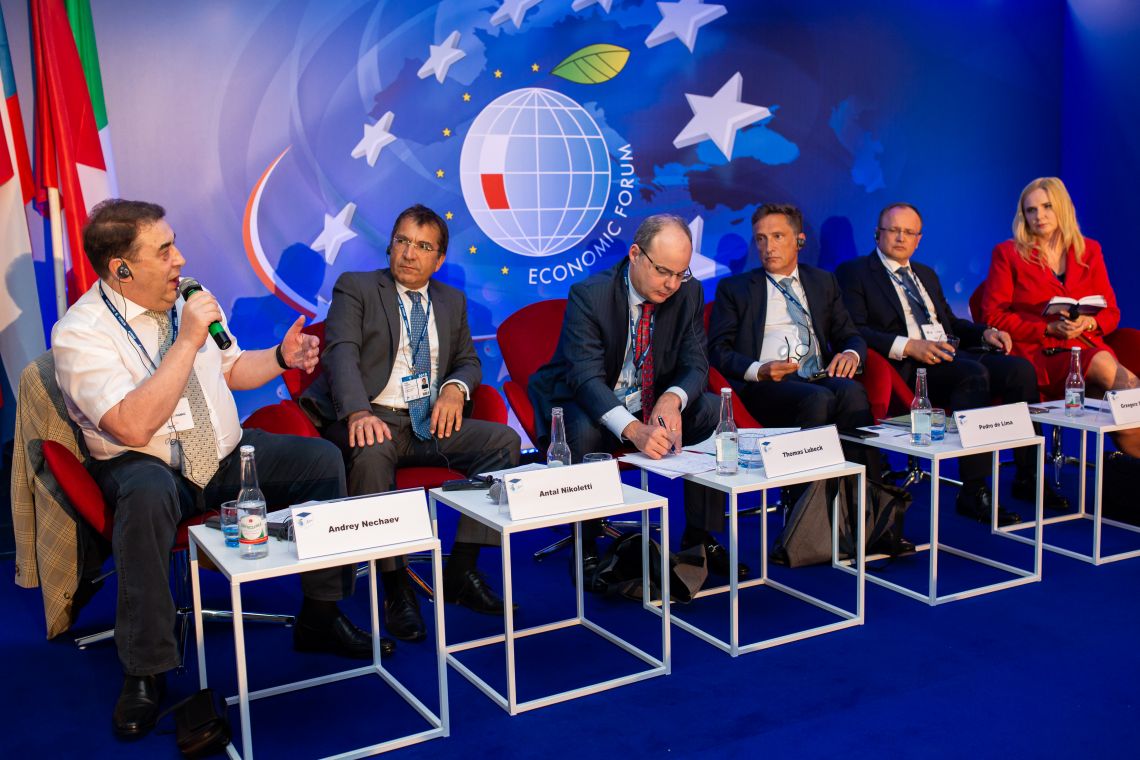 On 3-5 September, CEI Alternate Secretary General (ASG) Antal Nikoletti participated in the 29th edition of the Economic Forum in Krynica, Poland, the largest conference in Central and Eastern Europe fostering the creation of a favourable climate for the development of political and economic cooperation between the EU Member States and their neighbours.

The event focused on “Europe of Tomorrow. ‘Strong’ Meaning What?” and gathered officials from 60 different countries.

In a Panel on “Competitive Economy as a Key to Success in the Global Market” Nikoletti highlighted that the CEI area had various types of economies and stages of convergency. “Our task is to help to facilitate the mechanism with our tools by sharing successful stories of the ones who have gone through this difficult transition process. Good examples are the Visegrad countries and Slovenia. Moreover, the Baltic countries have made tremendous way forward”.

During a second panel on “Time for Young Leaders - Changes in Education, Labour Market and in the Pension System”, he expressed his optimism regarding Young Leaders emphasising, among other things, that “technology, digitalisation along with globalisation are having a significant impact on our education, employment and lives in general”. He added that ”digital skills are becoming a core literacy and young people are way ahead in this regard”.

The CEI will continue putting regional events on top of its agenda. In addition to participation, the CEI will further strengthen its efforts and dedication to regional cooperation, acting as a platform for political dialogue.

Tourism is a way to help open up the beauty of Albania both to its own citizens and worldwide; it brings about many opportunities to the local economy: additional income, more business, and new jobs.

The research found that changes in mobility behaviour patterns have negatively affected the business operations of public transport operators in all of the analysed cities and will almost certainly continue to negatively affect them.
Read more
technical cooperation
transport
Economic growth

The ICARUS Project has set up a training programme - the Enlarged Transfer Programme (ETP) -  in order to give non-partner institutions the chance to get insights and specific training on mobility issues.
Read more
ICARUS
EU projects