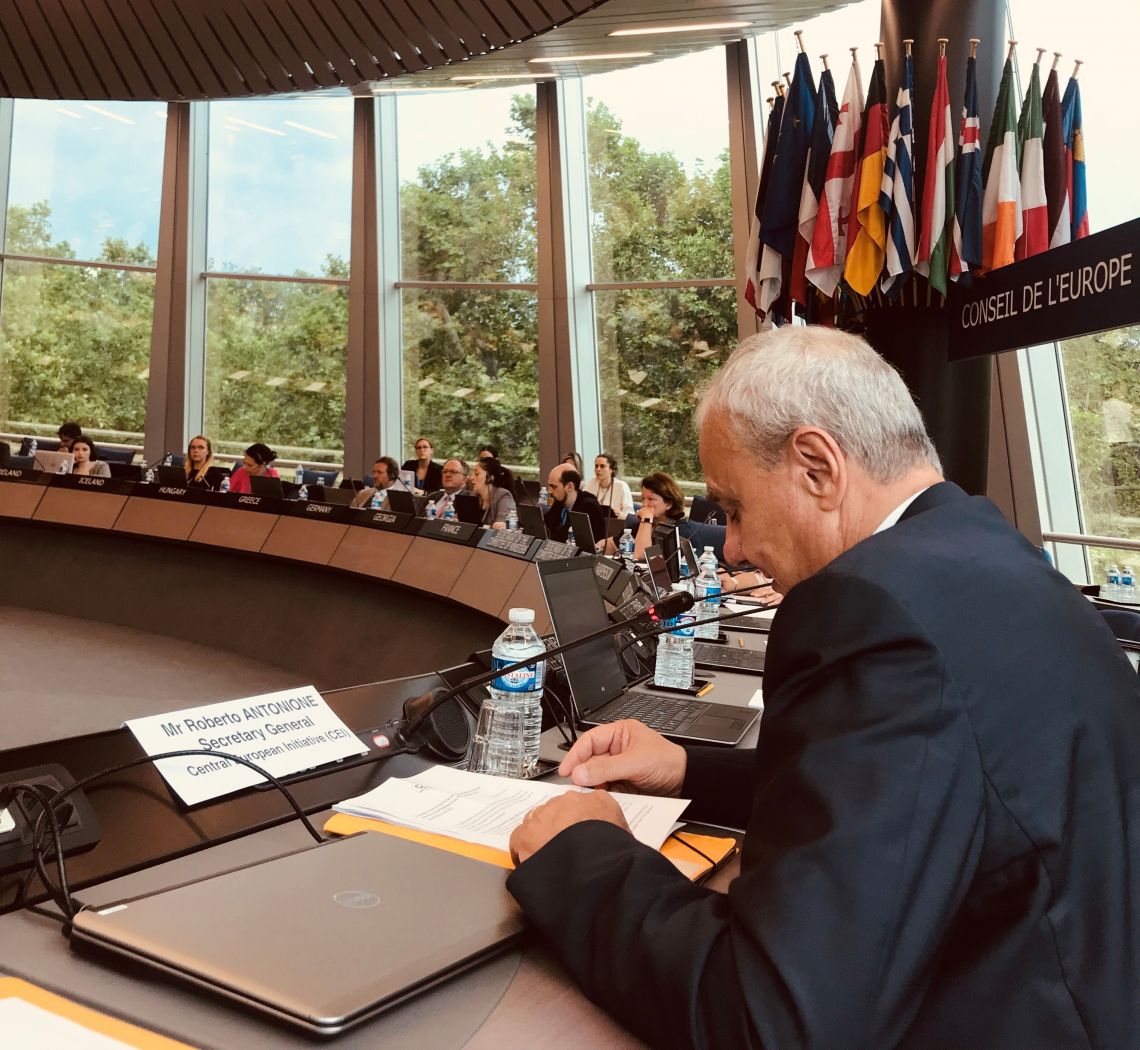 On 20 June in Strasbourg, SG Roberto Antonione met with the Council of Europe Group on External relations (CoE GR-EXT), who prepares the decisions of the Committee of Ministers of the Council of Europe in the field of external relations. While presenting the mission and current activities of the CEI, he paid special attention to the focus given by the CEI Ministers of Foreign Affairs in their recent Trieste Declaration, i.e. the establishment of a CEI Local Dimension and the development of a CEI Agenda for Youth.

The exchange of views between the two parties demonstrated a mutual intention to cooperate in areas of common interest, expertise and priorities. Antonione also met with the Permanent representatives of the CEI Member States at the CoE.

Together with CEI DSG, Nina Kodelja, they also exchanged views with the Director General of Human Rights and Rule of Law, Christos Giakoumopoulos, with whom they discussed in particular the possibility of cooperation in the area of anti-corruption. Media freedom was also touched upon; with the Director General of Democracy Snežana Samardžić-Marković they explored possible cooperation in the areas of culture, involvement of local and regional Authorities as well as youth.

On 18 December, around 50 delegates from 20 countries gathered in Rome - at the premises of the Istituto Superiore di Sanità - ISS (Italian National Public Health Institute) - to participate in the Summit of the Public Health Alliance Central Eastern Europe (PHACEE) supported under the Italian CEI Presidency.
Read more
Governmental Dimension
Italian/Presidency