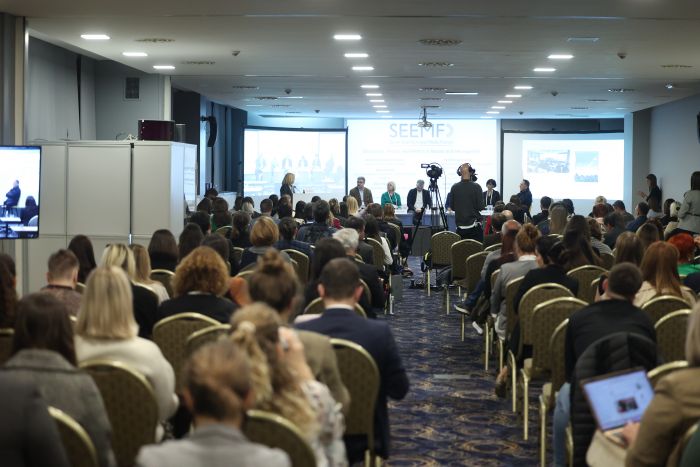 More than 250 participants attended the XVI South East Europe Media Forum (SEEMF) held in Sarajevo, Bosnia and Herzegovina, on 16-17 November 2022 under the title “The role of media in times of global uncertainties”.

Journalists, media experts, politicians, representatives of international organisations and academia debated topical issues such as wartime journalism, investigative journalism, cross-border cooperation, responsibility of media in times of crisis. Certainly, the war in Ukraine was at the core of various contributions, especially referring to media freedom and freedom of expression, quality journalism, information manipulation and disinformation, fake news, propaganda, in-the-field journalism, access to information, journalists’ safety. The participation of various journalists who covered the Balkans war in the 1990s offered the opportunity to highlight similarities and differences with nowadays war reporting in a remarkable exchange of experiences and practices.

“the CEI commitment to support the media of the region is in line with our mission: promoting European integration and sustainable development through regional cooperation. It is important to stimulate a continuous debate and awareness raising on freedom of expression and media freedom”.

CEI Deputy Secretary General Ivana Holoubková, in her closing remarks, expressed appreciation for the remarkable two-day debate and pointed out that

“in these times of conflict caused by the Russian aggression in Ukraine, the role of media is ever more crucial to safeguard democratic developments in all our countries”.

During the Forum, the CEI SEEMO Award for Outstanding Merits in Investigative Journalism 2022 was presented by CEI Senior Executive Officer Barbara Fabro to Anna Babinets from Ukraine for her long-lasting experience and commitment in investigative reporting as well as for her current engagement in providing evidence of war crimes against Ukrainian civilians. Babinets participated online and gave some highlights on the media situation in Ukraine from her viewpoint, the impact of the war on her work and, more in general, on the everyday life.

SEEMF 2023 is envisaged to take place in Moldova. 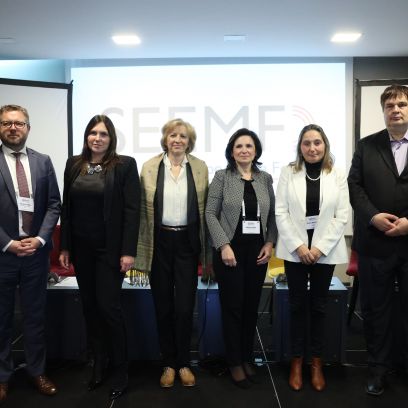 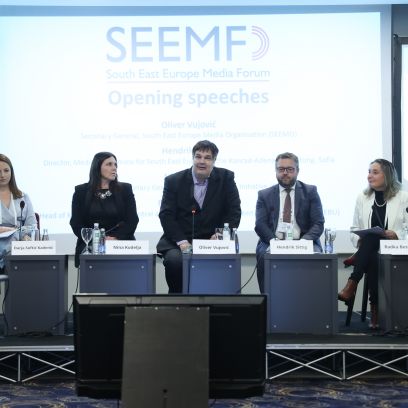 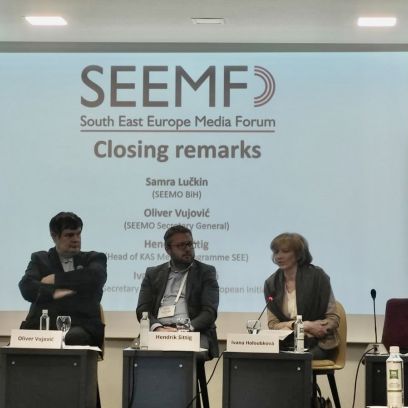 Recent years have been increasingly challenging, revealing the urgency to address global health as a defining pillar of the worldwide architecture and agenda, with global health diplomacy as a…

Deadline: 20 January 2023 Public and private institutions registered in a CEI Member State, NGOs/CSOs as well as international organisations, are invited to apply to the CEI Cooperation Fund for…

With this year’s Award, the Central European Initiative (CEI) and the South East Europe Media Organization (SEEMO) wished to convey a message of support to Ukrainian independent media. They carry out…

Inclusion of vulnerable groups into social, economic and political life is an important cornerstone of human rights and democracy. Local councilors and members of civil society organisations (CSOs…

X CEI–HECE Spring School on "IoT, economic and management challenges for e-health integration in the enlarged Europe” held in Trieste

Students and experts in clinical engineering, biotechnology, health informatics and public health from the CEI region gathered in Trieste (Italy) from 26 August to 29 September to attend the X…

Building on the close cooperation in the area of health between the CEI and WHO Regional Office for Europe, a joint CEI-WHO high-level expert meeting was held on 28 September, in the framework of the…

Workshops at Two Open Weeks of Plavo Theatre 2022 in Belgrade

Luiza-Katica Bouharaoua born in Croatia in 1985, is a writer, translator and cultural operator. She received the CEI Award for Young Writers 2022 on the occasion of the literary event held at the CEI…