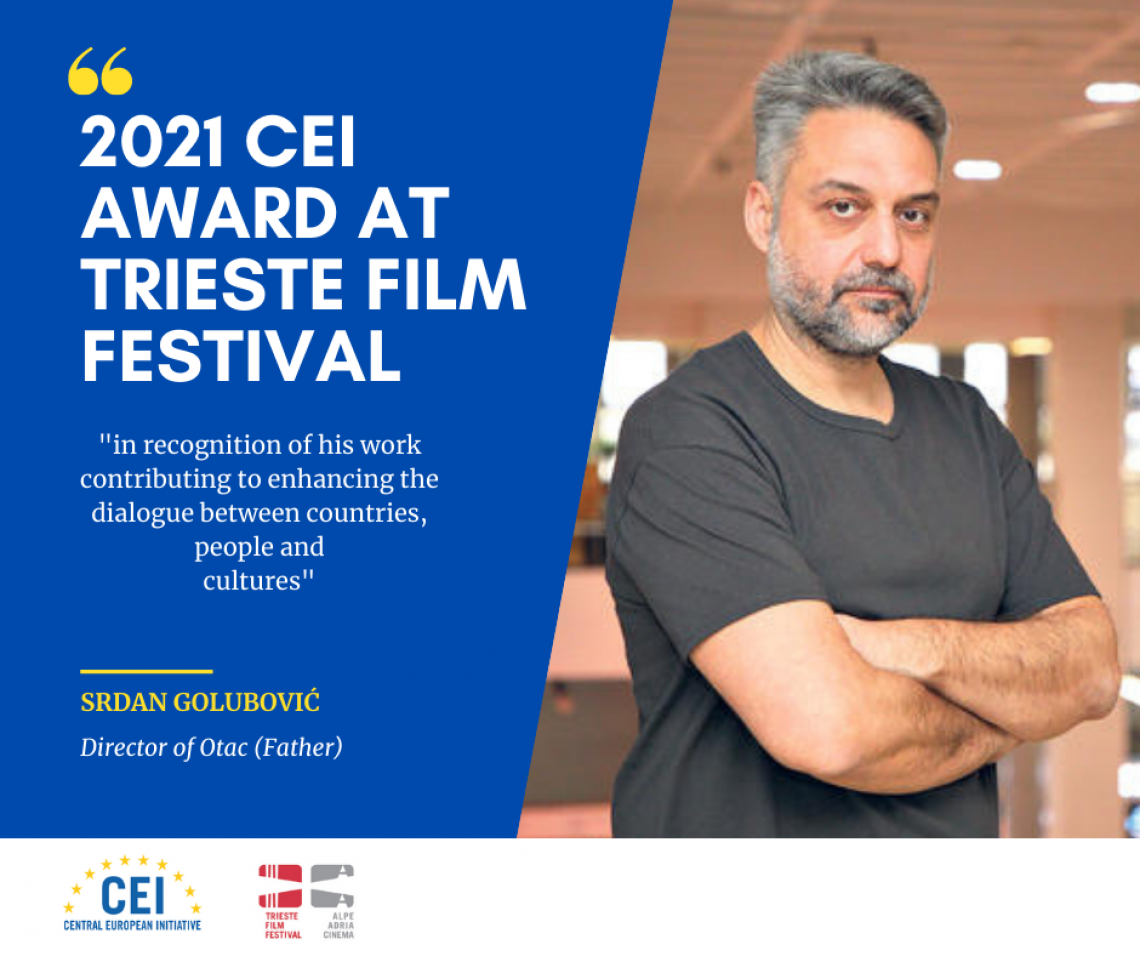 “This movie can be (seen as) the Serbian or the Balkan version of Paris, Texas”, (the multi-awarded road movie by Wim Wenders) said Srdan Golubović in describing Otac, which granted him the 2021 CEI Award and the Audience Award at the Trieste Film Festival. The movie is the result of a co-production between Serbia, Germany, France, Croatia, Slovenia and Bosnia-Herzegovina.

Otac (Father), is based on the true story about Nikola, a man who seeks justice after his children are taken away from him by the social services. Director Srdan Golubović was intrigued by his story which he had read in a local newspaper and decided to meet him personally. After learning about his case, Golubović and the lead actor Goran Bogdan were determined not to follow a standard dramaturgical structure as they retraced the steps of the main character. Instead, they followed the intuitions, needs and heart of a man who embarked on a long physical and emotional journey from his small village to Belgrade.

CEI Deputy Secretary General Zoran Jovanovic awarded Golubovic with the CEI Award at an online ceremony on 30 January 2021. The award - intended to highlight a filmmaker from the CEI area whose work contributes to enhancing dialogue between countries and people - touches upon universal topics, relevant to all of us regardless of our identities and geographical background.

It is under this backdrop that the jury has motivated this year’s award to Srdan Golubović for his film Otac, a social drama in which a humble yet determined man seeks to regain his dignity and essential rights in a system cruel to those on the fringes of society.

The CEI has been a supporter of the Trieste Film Festival, the leading Italian Festival on Central Eastern European cinema, for many years.