Policy discussion – “Will the last person to leave, turn out the lights? – tackling demographic challenges in the Western Balkans”? 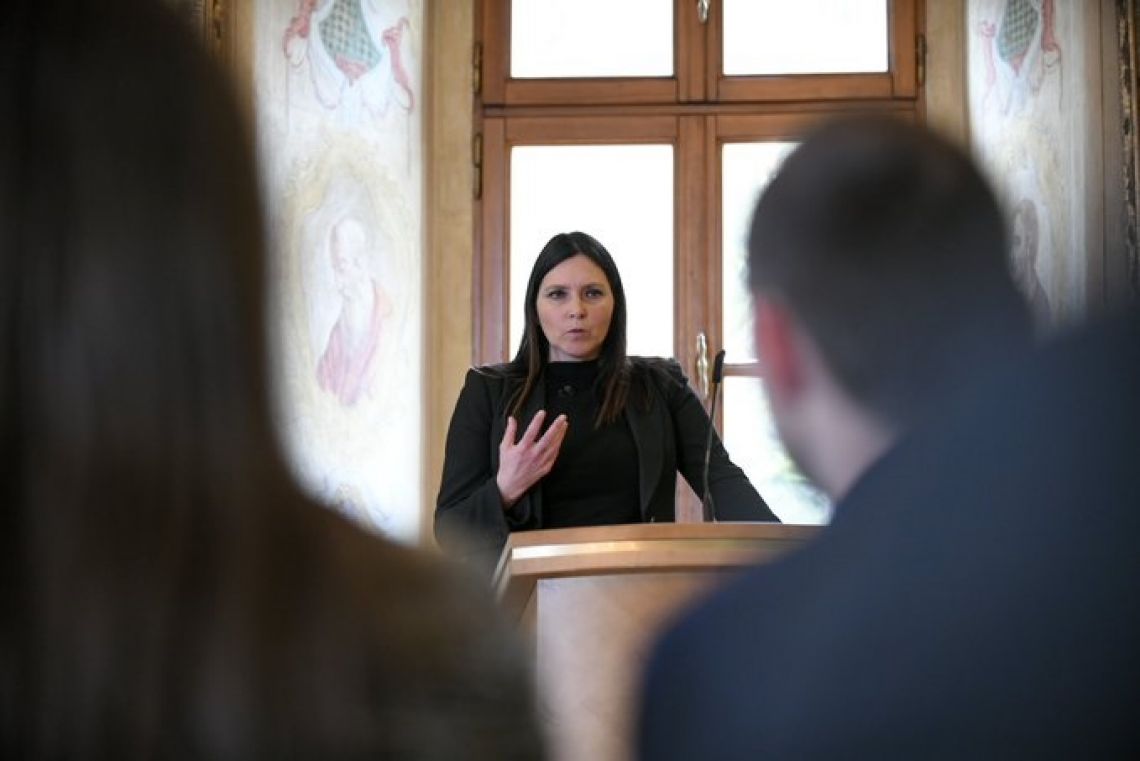 A policy discussion on demographic challenges in the Western Balkans was organised by the Slovene Centre for European Perspective (CEP) under its flagship youth project, the Young Bled Strategic Forum, in cooperation with the CEI-Executive Secretariat.

The aim of the gathering, held near Ljubljana (Slovenia) on 4 March, was to raise questions on the demographic challenges the area of Western Balkans, but also other European countries were facing, shed a light on the brain drain phenomenon as well as identify good practices and policies. Among the specific questions posed were: are there ways to stop the brain drain? Is thinking of ways to counter it productive? How can we transform brain drain into brain circulation? What good practices could the EU countries offer?

Deputy Secretary General, Nina Kodelja, introduced the session open to the public, together with the director of the Slovene Centre for European Perspective, Katja Gersak, and the Executive Director of the International Visegrad Fund, Andor Dávid. The Secretary General of the Bled Strategic Forum and national coordinator for the Western Balkans, Peter Grk, who closed the round table, stressed that both the EU and the Western Balkans needed to start creating favourable conditions for youth.

Dafina Peci, Secretary General of National Youth Congress of Albania and Anja Fortuna, President of the Youth Council of Slovenia, gave an insight into the root causes of so many people leaving the Western Balkans. Peci mentioned some of the specific and broader policies the governments should focus on and stressed the importance of involving youth in consultation and decision-making processes. State Secretary of the Slovene Ministry of Education, Science and Sport, Jernej Štromajer presented some of the good practices Slovenia could offer, especially regarding brain circulation.

DSG Nina Kodelja highlighted, in particular, the CEI’s longstanding commitment towards youth, through its instruments, programmes and various activities. She also stressed the importance the Ministers of Foreign Affairs of the CEI had given to the area of youth at the last Ministerial in Trieste last June, where they had called for the elaboration of a “CEI Agenda for Youth” since the future of societies largely depended on the perspective of young citizens.

She finally underlined that for regional organisations like the CEI - where European integration and sustainable development of all its Member States were among its main goals - engaging in discussing key issues for the future, such as demographic challenges and brain drain, a big issue for the young generation in the Western Balkans, was a necessary step to be taken.

After three years of successful implementation, the partnership of the ADRIPASS project (Integrating multimodal connections in the Adriatic Ionian Region), funded under the INTERREG ADRION Programme and led by the Central European Initiative - Executive Secretariat, virtually gathered on 2 December for their final conference.
Read more
ADRIPASS
EU projects