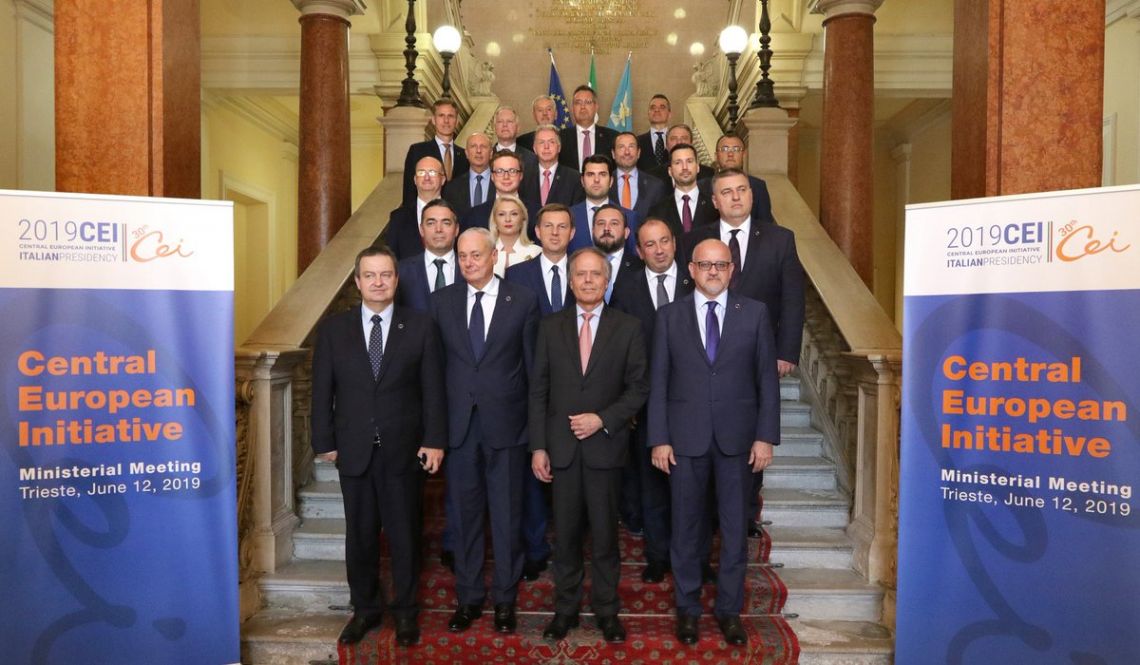 The Ministers of Foreign Affairs of the CEI Member States held their annual meeting in Trieste (Italy) on 12 June 2019 under the Italian CEI Presidency. The gathering - entitled Central European Initiative at thirty and towards the future: common vision, shared values, European standards, strong regional cooperation - was chaired by H.E. Enzo Moavero Milanesi, Minister of Foreign Affairs and International Cooperation of Italy, who reconfirmed his country's commitment to the CEI mission and objectives.

While remembering the beginnings of the CEI, Minister Moavero Milanesi paid tribute to the founding fathers of the Organisation, and especially to the recently deceased Gianni De Michelis (the participants observed 1 minute of silence). He underlined the main challenges ahead, e.g. further promote the European integration of the non-EU CEI countries: on one side support the CEI countries of the Western Balkans in the EU Enlargement process, and on the other the CEI countries of the Eastern Partnership in establishing closer ties with the EU; stronger use of the Observer Status in the UNGA through presenting common positions on certain issues in the framework of UN events, including through side events; develop a possible agenda for the years to come. With regard to the latter, he mentioned security, including anti-corruption; connectivity; local dimension and youth as areas for joint cooperation, all areas where “merging national interests in common interests" was crucial, as stressed by Minister Moavero Milanesi.

CEI Secretary General, Roberto Antonione, underlined that “we should explore the possibility to focus our attention on the EU MS, where we observe the so-called Enlargement fatigue”. “Working to improve the aquis communautaire of our countries, aspiring to become members of the EU, is crucial but, unfortunately, not enough… it’s hard to imagine any future EU enlargement soon without the support of the public opinion of all EU MS”. He also pointed out the need to strengthen relations between the EU and our Eastern Partnership countries, having in mind they are a special added value of our Organisation.

The Meeting witnessed the adoption of the Trieste Declaration, including the specific areas for further cooperation. In particular, two salient initiatives upon which to follow up were agreed upon, i.e. a possible establishment of a CEI Local Dimension; and development of a “CEI Agenda for the Youth”.

The Ministers expressed their best wishes to Italy for the second semester of its Presidency and welcomed Montenegro for the CEI Presidency 2020.

The Ministers also approved the Annual Report 2018 of the Secretary General and the budget of the CEI Cooperation Fund for 2020.