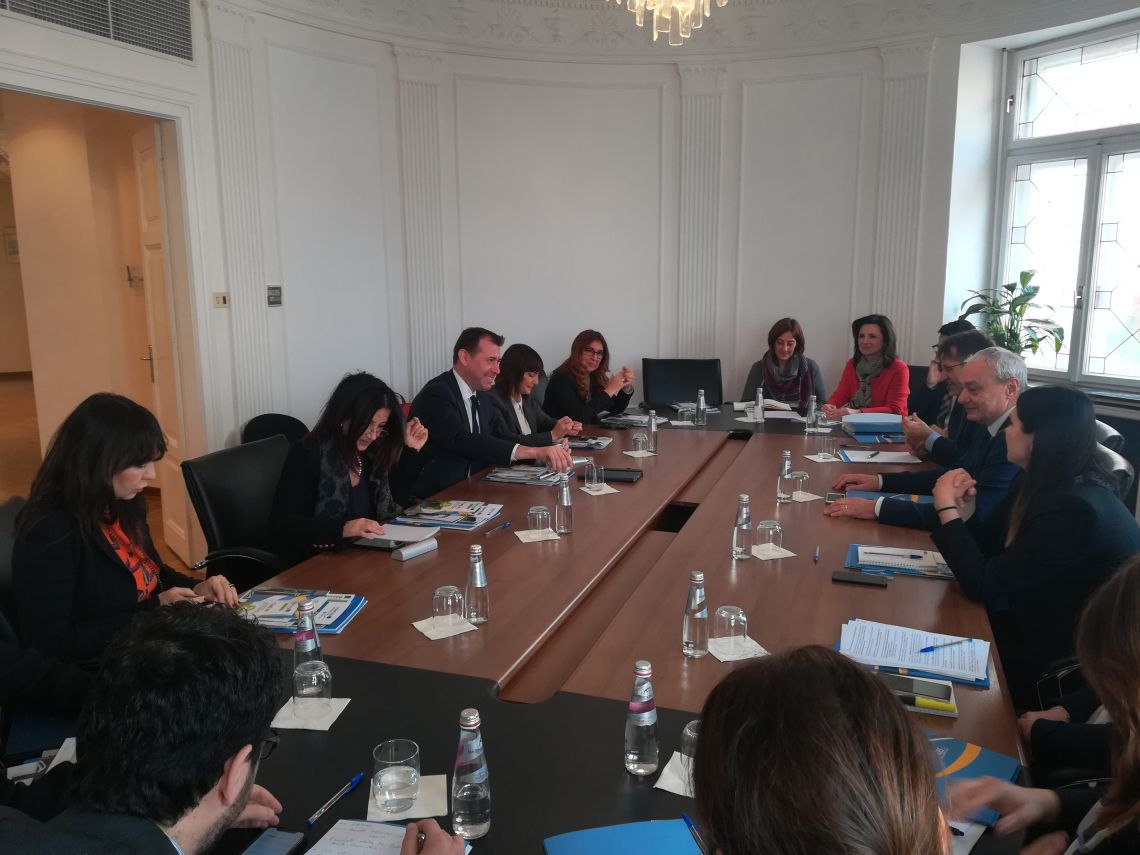 SG Roberto Antonione presented the work of the CEI and the activities carried out since its inception. He highlighted the CEI as a tool for dialogue and its importance in fostering European integration and good neighbourly relations. The CEI PD and cooperation with the Eastern Partnership countries were also outlined as important tools for strengthening and fostering regional cooperation and the CEI’s work. While reporting on his recent tour of visits to the CEI countries, he highlighted that valuable inputs were raised for further developing the CEI cooperation and expanding its scope, especially in areas such as youth, science and cooperation with local authorities.  The SG also presented the priorities of the Italian CEI Presidency2019, coinciding with the 30th anniversary of the Organisation.

Maggioni thanked the SG for his presentation and praised the good work and commitment of the Organisation all these years. He also stressed the crucial role of the CEI for the European continent and that of Italy’s propelling role within the CEI.

The members of the delegation, welcoming the meeting at the CEI HQ, expressed their interest in the CEI programme and activities and elaborated upon some of them with the competent staff members.

Special attention was given to the CEI Fund at the European Bank for Reconstruction and Development (EBRD), totally financed by Italy and established to assist the Bank’s countries of operation in Central and Eastern Europe in their economic and social transformation process. Since its inception, Italy has allocated 45.5 million EUR to the Fund generating investments for more than 6 billion EUR.

The delegation also visited the Friuli Venezia Giulia region, meeting with the Council Member in charge of environment and energy Fabio Scoccimarro.

COME-IN! Launch of new exhibition of Archeological Museum of Krakow “Prehistory for all” in Krakow