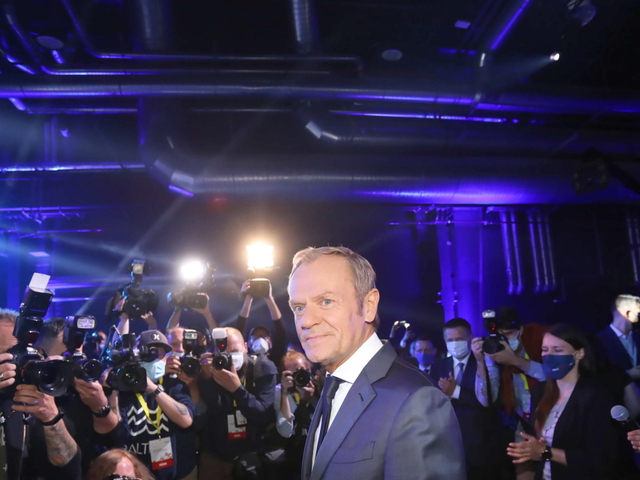 (ANSA-AFP) - WARSAW, 03 LUG - Former EU chief Donald Tusk returned to frontline politics against Poland's governing right-wing populists on Saturday, taking over as acting head of the opposition Civic Platform party. The 64-year-old co-founded Civic Platform (PO) two decades ago and served as prime minister of Poland between 2007 and 2014. "I am back 100 percent," Tusk told a party conference, where he received a standing ovation. In his speech, he spoke of the "evil" of the ruling Law and Justice (PiS) party and accused it of putting in Poland in a "dangerous situation" by falling out with EU partners. "When you see evil, fight it," he said. In a vote by the PO's national council, Tusk was elected vice-chair of the party which means he will be its acting head until a leadership election later this year. Tusk is currently chairman of the centre-right European People's Party and has been a frequent acerbic commentator on social media from the sidelines of Polish politics. (ANSA-AFP).