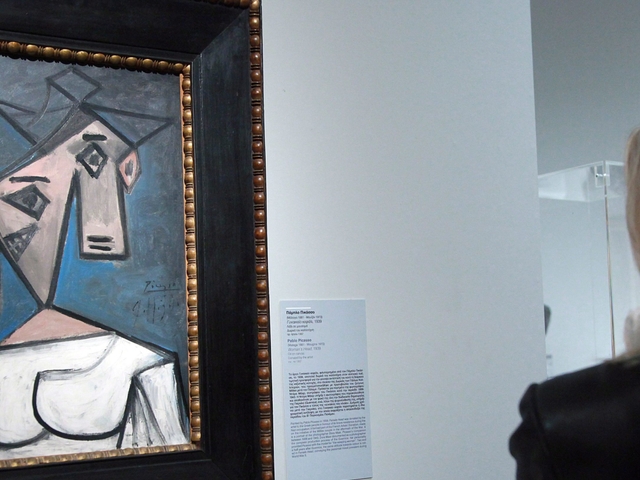 (ANSA-AFP) - ATHENS, JUN 29 - Greece on Tuesday said it had recovered a Picasso painting personally donated by the Spanish master to the Greek people, almost a decade after it was stolen alongside two other artworks in an audacious heist at the National Gallery. 'Head of a Woman', gifted by Pablo Picasso to Greece in 1949, was recovered in Keratea, a rural area some 45 kilometres (28 miles) southeast of Athens, officials told a news conference. "Today is a special day, (a day of) great joy and emotion," Culture Minister Lina Mendoni told reporters. Mendoni said the painting would have been "impossible" to sell as it had a personal inscription by Picasso on the back -- "For the Greek people, a tribute by Picasso." The artist had given the cubist painting to the Greek state in recognition of the country's resistance to Nazi Germany during a painful 1941-44 occupation. "This painting is of particular importance and sentimental value to the Greek people, as it was personally dedicated by the great painter to the Greek people for their fight against fascist and Nazi forces," she said. Another painting stolen in the same heist in January 2012, 'Stammer Windmill' by Dutch painter Piet Mondrian, was also found. (ANSA-AFP).