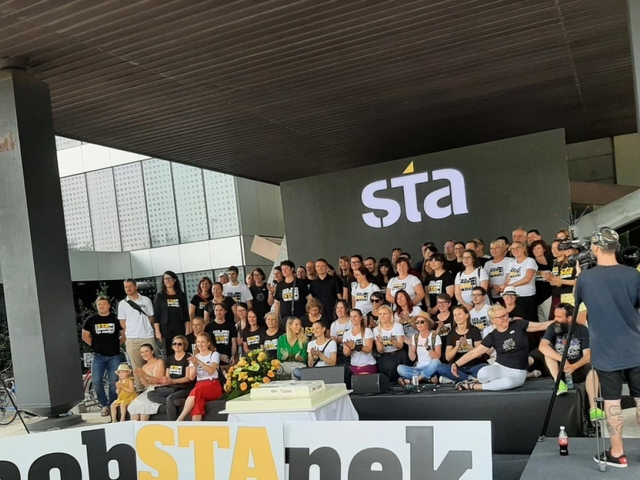 (ANSA) - UDINE, 20 GIU - "Today marks the start of the Slovenian Press Agency's (STA) trial transmission of news. For now, the agency supplies more than 100 users with information in the Slovenian and English languages. The STA's aim is to inform foreign media and other institutions abroad about the situation in Slovenia in real-time and swiftly, but also to provide an exchange of information to serve Slovenian media". "This was the Sta's first news item published on this day 30 years ago. The establishment of the agency three decades ago - reads the press release issued today by the agency - was an important step in Slovenia's independence efforts as the emerging democracy and state needed to assert itself in the international community through information as well, which was key at the time. Since then, the Sta has evolved into a modern news agency with currently more than 90 journalists and other staff who perform ist service of informing the domestic and foreign public at the agency's seat in Ljubljana or as correspondents both in Slovenia and abroad. The STA's archive boasts more than 2,7 million news items, over 920,000 photos, and almost 130,000 audio recordings. On average, the Sta produces more than 350 news items per day in Slovenian and English. Sadly the STA celebrates its 30th birthday while being in the most precarious situation in its history. We have become the subject of politics. This is not the first time. But it was never that aggressive before. Despite clear legislative provisions, we have not been paid for our work for 170 days. The current government wrongly interprets our role. This year we have been subject to insults such as "national disgrace" instead of receiving recognition for our work in the past three decades. But we are not giving up. We continue to do our work professionally despite the precarious circumstances. We will do that until the end, and we will not consent to be transformed into a government PR service. The STA is the backbone of the Slovenian media landscape, and as such, a key part of informing the public at large. Numerous supporters, who came to the STA's aid in May and helped boost the hope for our survival, with their contributions, are aware of that, too. We thank all of them, urging politicians to come to their senses and build their image in the public through their actions and not with attempts to pressure the media". (ANSA).