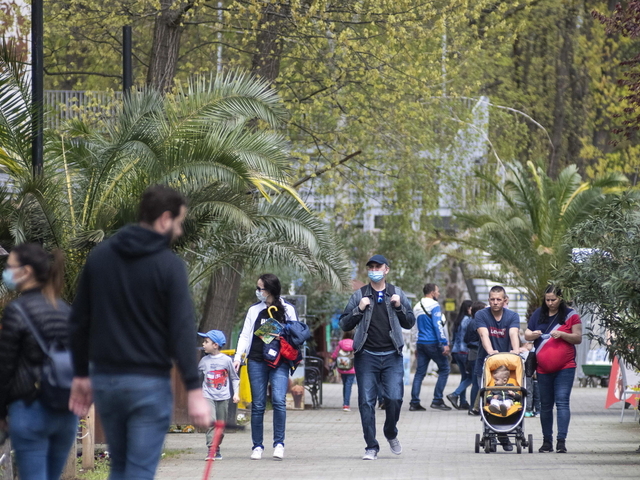 (by Stefano Giantin) (ANSA) - BELGRADE, JUN 9 - Central- and Eastern Europe registered less than 100,000 new infections in the week ending June 6, confirming a trend of steep decline of cases and deaths, the latest epidemiological update of the World Health Organization (WHO) shows. According to the update, a total of 73570 new COVID-19 cases (-28.1% compared to last week) and 3698 new deaths (-22.0% week-on-week) were reported by the countries in the Balkans and in Central- and Eastern Europe to the World Health Organization (WHO) through June 6, bringing the cumulative total deaths to 415883. According to WHO data, in the past week the countries across Central- and Eastern Europe that reported more new cases were Germany (21219), Ukraine (13045) and Greece (8394). The countries across the region that reported more new deaths last week were Germany (816), Ukraine (710), Romania (478) and Poland (414). In Central- and Eastern Europe, the highest number of deaths from COVID-19 since the start of the pandemic were reported in Germany (89222), Poland (74152) and Ukraine (51182). Hungary is the country with the highest ratio between deaths and population since weeks, with 305 cumulative deaths per 100,000 population, compared to 212 in Italy. In the region, a high ratio of deaths in comparison with the population is registered also in Bosnia-Herzegovina (286) and Czechia (282). In Slovenia, Croatia, Bulgaria, Romania and in the Western Balkans (Serbia, Bosnia and Herzegovina, Montenegro, Kosovo, North Macedonia, Albania) 8134 new cases were registered in the past week. In the region there were 89359 total deaths since the beginning of the pandemic (+1014 in a week). According to official data collected by the portal Our World in Data, updated as of June 6, Hungary (with 95.7 doses administered per 100 people) and Serbia (70.1) are fourth and eight in Europe respectively for COVID-19 vaccination doses administered per 100 people. On the opposite side, Kosovo (4.1) and Ukraine (3.1). (ANSA).