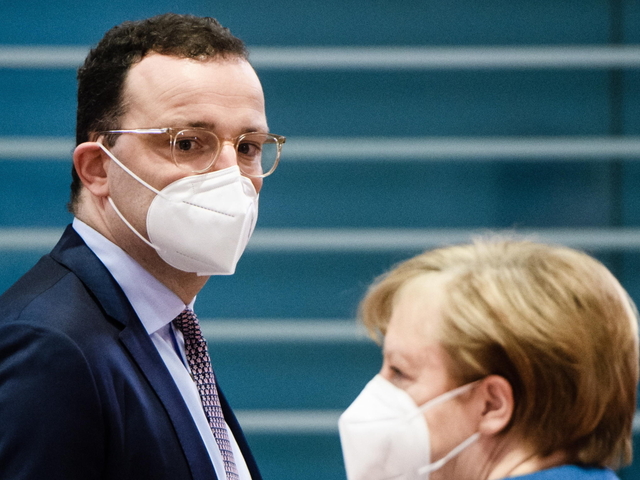 (ANSA-AFP) - BERLIN, JUN 7 - Chancellor Angela Merkel on Monday rapped her junior coalition partner SPD in an ugly row over claims that Germany's health minister planned to dole out sub-standard masks to the homeless and disabled. Spiegel magazine had reported that Health Minister Jens Spahn of Merkel's CDU party had spent a billion euros ($1.2 billion) on masks that allegedly turned out to be below par. In a bid to use them up, his ministry looked at distributing them to the disadvantaged, according to the report. But after the SPD-led labour ministry opposed the move, the masks finally ended up in the national reserve as emergency stocks in case of a new crisis. The report sparked an outcry, prompting the leaders of junior coalition partner SPD to demand Spahn's resignation. "Jens Spahn's behaviour is inhumane," charged SPD co-leader Saskia Esken. As accusations flew, Merkel rode to Spahn's rescue. (ANSA-AFP).