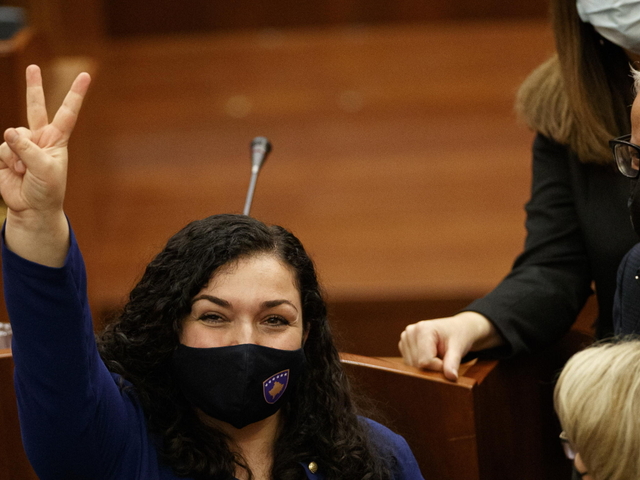 (ANSA-AFP) - PRISTINA, 05 APR - Lawmakers elected Kosovo's most popular politician Vjosa Osmani as president Sunday, overcoming an opposition boycott that had kept parliament short of a quorum one day earlier. The 38-year-old law professor, a standard bearer of a generation determined to fight corruption, received 71 votes from the 82 deputies present, and was thus "elected president of the republic", speaker Glauk Konjufca declared. Osmani was backed by Prime Minister Albin Kurti and his Vetevendosje movement which won more than 50 percent of the vote in a general election in February. That poll turned the page on a 120-member legislature which had been dominated by former Kosovo Liberation Army (KLA) guerillas who fought Serb forces in a bitter 1998-99 war. The victory on Sunday on the parliament's third attempt resolved a stalemate caused by the former guerrillas and minority Serbs both boycotting the vote on Saturday. Osmani and Kurti must now mend a weak economy that provides Kosovars with an average monthly salary of just 500 euros (less than $600), and has pushed youth unemployment to around 50 percent. (ANSA-AFP).