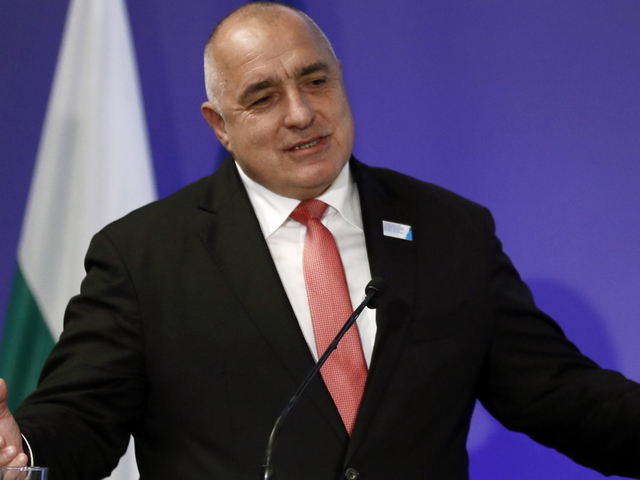 (ANSA) - SOFIA, 05 APR - The centre-right GERB party of outgoing Bulgarian Prime Minister Boyko Borisov has come first in parliamentary elections with around 25 percent of the vote, according to exit polls published on Sunday evening after polls closed. With new populist and anti-government protest parties also doing better than expected, Borisov will however face a tough or even impossible task cobbling together a coalition, analysts said. "Parties would have to cross some red lines that they had declared as unacceptable (during the campaign). This will be difficult. And a coalition of three or four parties will be unstable," Alpha Research analyst Boryana Dimitrova commented. Analyst Antony Galabov meanwhile added that the results signalled "the profound fragmentation of society". Without a clear alternative to GERB, the country would have to pass through a "process of deep transformation", he said. Bulgaria voted while battling a third wave of coronavirus infections that has seen hospital admissions spike. Voting booths were set up in hospitals and poll workers also took ballot boxes to voters in quarantine. Support for Borisov's GERB party -- in power almost uninterrupted for close to a decade -- has been badly eroded by a series of scandals and months of sometimes violent protests last year that accused the government of protecting oligarchs. If borne out, the exit poll results would represent a fall of around nine points from GERB's 2017 performance but some analysts called even this result "a remarkable feat" on the part of the embattled marathon premier. "I have always taken into account what the people decide... let the elections be honest," Borisov said after casting his vote in the absence of journalists early Sunday. He did not immediately comment on the exit poll results. - Hopes for change - President Rumen Radev, who supported last year's anti-government protests and has been a vehement critic of Borisov, called the elections "a step towards returning to normality." Many voters also said they hoped that they will bring change. "I am somewhat optimistic that there will be people who will also want some change even if the leading parties might remain the same," 37-year-old Georgy Stankov told AFP in a station in downtown Sofia. Liliya Bozhilova, 47, came to a Sofia polling station to vote for Democratic Bulgaria with her young son. "I hope to see the start of a change from this long period during which Bulgaria was in fact governed by one single party. I think that we need new people and new faces," she said. Final turnout figures will be keenly watched for any indication that coronavirus infection fears could have kept some voters away, especially among the opposition Socialists' older electorate. But analysts said that younger, urban voters had also mobilised, so overall turnout might not drop as much as had been feared. Exit polls suggest that a new populist group, There is Such a Nation, led by sharp-tongued talk show host and Borisov critic Slavi Trifonov, has won around 17 percent, neck-and-neck with the traditional main opposition Socialist party. Isolated with Covid-19 symptoms, Trifonov wrote to followers on social media late Sunday that "It is important what you did today! (...) Today you are the winners! You have requested power and change is inevitable." Analysts commented that Trifonov was set to steal the place of kingmaker from the Turkish minority Movement for Rights and Freedoms party, who were polling at around 11 percent. "Bulgarian voters chose change," MRF leader Mustafa Karadaya said late Sunday, declining to answer questions on possible coalitions before he saw the final results. - Protest parties - Two formations specifically targeting the votes of those who joined last year's demonstrations look to have garnered around 15 percent of the vote between them. They are the right-wing Democratic Bulgaria coalition -- whose leader Hristo Ivanov encouraged the protests -- and the Stand up! Mafia out! left-wing coalition, close to Radev. Ivanov said Sunday he was hoping for a "parliament with more legitimacy to launch a debate on change" but added that he would not enter the executive at any price. The last party set to clear the hurdle of four percent to gain seats is GERB's current government coalition partner, the nationalist VMRO party. vs-ds/tgb (ANSA).