Cinema: let's focus on migrants on the Balkan route 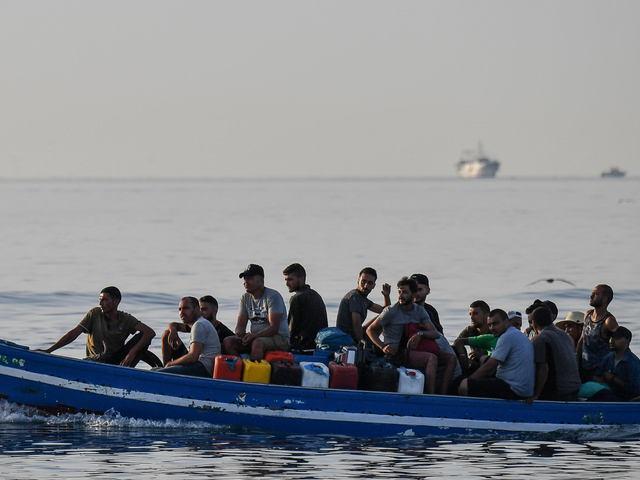 (by Francesco Gallo) (ANSA) - TRIESTE, 07 AGO - Let's not focus only on the landings on Lampedusa filmed by the media from all over the world, as the real invisible migrants are today those of the Balkan route that no one shows and that are many more (5,000 ascertained in 2019). A phenomenon in full growth, which made the president of Friuli Venezia Giulia, Massimiliano Fedriga, say during the hearing before the Schengen Parliamentary Committee, that the "situation is now unmanageable" with 1,000 arrivals in May alone. Now this escape route across the woods to Europe is the subject of a docu-film in post-production with a poetic touch, 'No borders. The flow of consciousness' by Mauro Caputo. A work full of humanity towards migrants coming from Pakistan, Syria, Iran, Algeria, Tunisia, Nepal, and Bangladesh tells of their long journey on the Balkan route, which stops just in the 242 km of Italy-Slovenia border. Right here, hundreds of people, every day, enter Italy not before having freed themselves from any trace of their identity. In this way, they also abandon their medicines and any document issued in the reception centers where they stayed, taking only a small backpack with the bare essentials. "Very few migrants are longing to stay in Italy - the director told ANSA -, most of them try to reach France, Germany, and Spain, which are generally their final destinations. Hence - added Caputo - the underestimated data of their influx. The police themselves are not too interested in stopping them, and controlling them too much, because they know that they are only passing through. "If someone stopped them - underlined Caputo, author of a trilogy dedicated to Giorgio Pressburger.- this would take translators, lawyers, everything would become a complicated process. Despite this, the population of Trieste begins to be sensitive to the phenomenon. Of course - he added - it is easier to identify and count those arriving by boat, but the Balkan route exists, and nobody seems to notice it too much." In his movie dedicated to Pressburger, a friend of the director, you can hear the threatening voice of Matteo Salvini in a speech against migrants in the beginning. As for the rest, there is no testimony, no interview, only a voiceover following the traces in the woods left by this army of invisible people ready to destroy everything from their past to start a new life in Europe. The typology of migrants is the same as that of landings: "Most are adult males - said Caputo -, fewer women and only a few children, even though lately more families are fleeing on the Balkan route." In 'No Borders,' you can also find traces of the so-called 'The Game'; that is the name given to the Balkan route because, as in a game simulation, a migrant tries dozens of times, running very high risks, until he succeeds in entering. The leitmotif of 'No Borders. The flow of consciousness' is "You can't stop a river," which is the sentence that the voiceover keeps on repeating to underline the inevitability of the phenomenon, That is, no one thinks they can put a dam on this exodus. "One in 97 people is currently on the run, according to UN data," Caputo remarked. (ANSA).