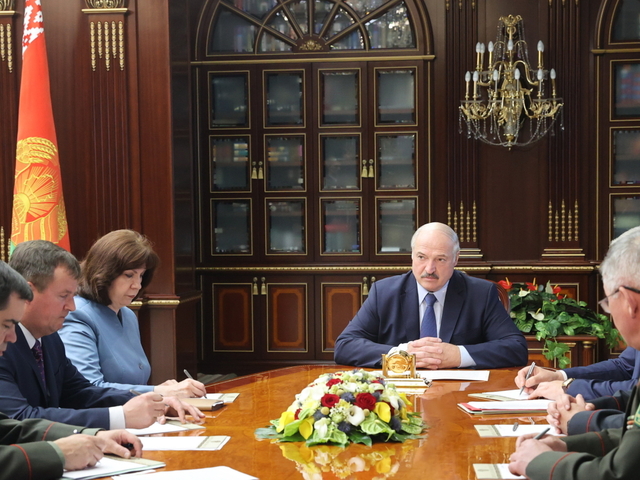 (ANSA-AFP) - MINSK, 30 JUL - Belarus said Thursday it had opened a criminal probe into planned acts of terror by Russian mercenaries held ahead of presidential polls, adding that it was tracking down dozens more. The ex-Soviet country's security services on Wednesday arrested a group of 32 Russian fighters as well as one other man in a different location. Belarus security council chief Andrei Ravkov said a criminal probe had been launched and that the men face charges of preparing "terrorist acts". "Thirty-three have been detained, there are up to 200 or thereabouts on the territory (of Belarus)," Ravkov said. He said "a search is going on" to find the others, complaining that it was "like looking for needles in a haystack." Belarus's KGB security service said the detained men were members of the Wagner group, a shadowy private military firm reportedly controlled by an ally of Russian President Vladimir Putin which promotes Moscow's interests in Ukraine, Syria and Libya. The arrests came ahead of presidential polls on August 9 in which strongman Alexander Lukashenko is seeking a sixth term. (ANSA-AFP). (ANSA).