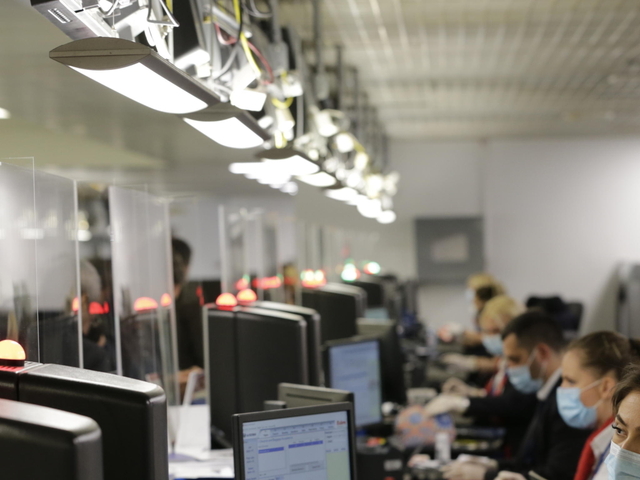 (ANSA-AFP) - BELGRADE, 29 GIU - Serbia announced Monday that masks will be mandatory on public transport and in closed spaces in the capital Belgrade as the country battles a second wave of coronavirus infections. After reining in its first outbreak of COVID-19 in early May, the Balkan state is now reporting a fresh surge, logging more than 200 cases daily in recent days compared to around 50 a month ago. The spike comes after Serbia rapidly shed its lockdown measures to allow mass gatherings such as sporting events and national elections to go ahead in June. Reported infections have risen markedly since the 21 June election, with several top officials recently testing positive, including Defence Minister Aleksandar Vulin and Marko Djuric, chief of a government office dealing with Kosovo. Starting on 30 June, "the use of masks on public transport and in all closed spaces is obligatory in Belgrade, without any exception," the government said in a statement. Masks will also be mandatory inside malls, restaurants, gyms, night clubs and other closed areas, it added. The move comes after epidemiologist Predrag Kon, part of a team managing the health crisis, warned last week the situation in the capital "is again threatening". A growing outbreak has also been reported in the southwest city of Novi Pazar. Serbia was recently in the spotlight for allowing its tennis star Novak Djokovic to host a regional tournament that started in Belgrade in mid-June before a slew of COVID-19 infections forced organisers to cut it short. Djokovic himself tested positive for the virus as did three other tennis players who participated in the Adria tour, which was cancelled during its second leg in Croatia. Some 4,000 fans attended the matches in both countries. Five football players from Serbian club Red Star Belgrade also tested positive for the virus earlier in the month after facing their rivals Partizan before a crowd of some 16,000 people. Since March the Serbian government has reported more than 14,200 infections and 274 deaths. (ANSA-AFP).