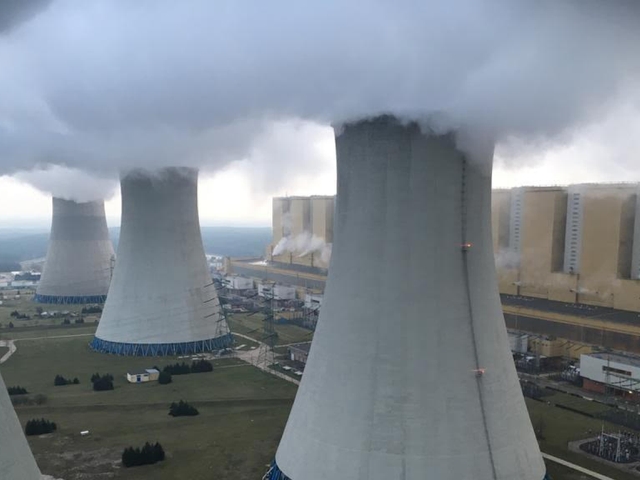 (by Stefano Giantin) (ANSA) - BELGRADE, JUNE 24 - Coal-fired power plants in the Western Balkans are continuing to breach pollution limits, in violation of the rules of the Energy Community Treaty, according to a new report released by the CEE Bankwatch Network, a network of grassroots environmental groups in countries of Central- and Eastern Europe. The 'Comply or Close' report claims that the coal power plants in the region breached "pollution limits by six times, for the second year in a row" in 2019, CEE Bankwatch said. According to the study, "the total SO2 emissions from coal plants in Serbia, Bosnia-Herzegovina, Kosovo and North Macedonia reached nearly six times the amount allowed by the countries' plans in 2019." The 'National Emissions Reduction Plans' are mechanisms that set the obligatory emissions ceiling at the national level, rather than per individual plant. "By the end of 2027, all plants must be in compliance with emission limit values individually as well" but the target is still far away, Bankwatch recalled. The report singled out in particular the Bitola power plant in North Macedonia, which doubled its SO2 emissions in 2019, and the Kosova B power plant in Kosovo remained the region's top dust polluter, emitting 5.4 times as much as its emissions ceiling. "Two and a half years since pollution control legislation under the Energy Community Treaty obliged Western Balkan governments to apply EU norms, a new Bankwatch analysis finds air pollution - primarily sulphur dioxide (SO2) and dust emissions - from coal-fired power plants remains stubbornly high, choking communities across the region and beyond," Bankwatch said. "Any government that insists on keeping these dirty power plants going, must step up investments" in modern "pollution control equipment" and in the meantime reducece "plants' operating hours," said Pippa Gallop, Southeast Europe Energy Advisor with Bankwatch and a co-author of the report. The findings are "a testament to governments' foot-dragging, that is already taking a toll on human life. Thousands of people across the region and in neighbouring EU countries are dying prematurely from the pollution from these coal power plants," noted Davor Pehchevski, Balkan air pollution campaign coordinator with Bankwatch. "Governments can no longer place their bets on coal," said Ioana Ciuta, Energy Coordinator with Bankwatch and co-author of the report. "It remains to be seen whether the region's two largest desulphurisation investments - at Ugljevik in Bosnia-Herzegovina and Kostolac B in Serbia - will genuinely help cut air pollution. But in any case, decision-makers across the region need to start shutting down coal-fired power plants and shifting to sustainable forms of renewable energy," Ciuta added. (ANSA).