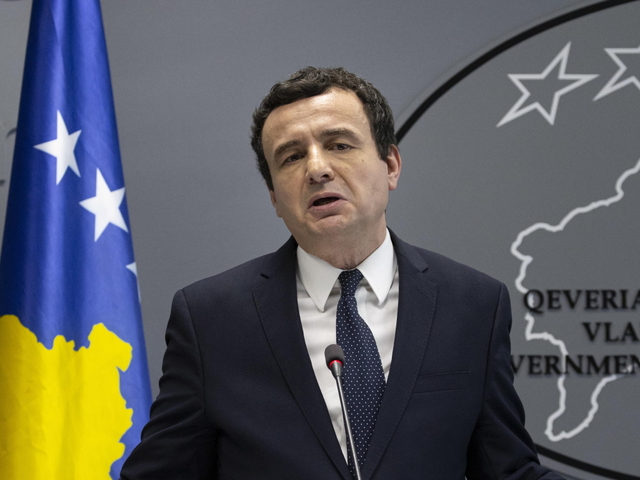 (ANSA-AFP) - PRISTINA, MARCH 26 - Kosovo's government was toppled by a no-confidence vote Wednesday less than two months after coming to power, plunging the unstable democracy into political uncertainty as it tries to halt the spread of coronavirus. The vote ends a brief and bumpy alliance between two former opposition parties who took power last month with a mandate to loosen the grip of an old guard that has held sway over Kosovo for more than a decade. The partnership quickly broke down with the junior partner in the coalition, the centre-right LDK, initiating the motion after weeks of tension with Prime Minister Albin Kurti, leader of the left-wing Vetevendosje party. After nearly 12 hours of debate, 82 MPs in the 120-member assembly voted in favour of the motion of no confidence. President Hashim Thaci, whose party lost in the last elections, now has the power to give Kurti -- his political enemy -- another chance to form a government or call a new poll. The tumult has outraged citizens who want their leaders to focus on combating the coronavirus, which has killed one person and infected at least 70 among the population of 1.8 million. (ANSA-AFP)