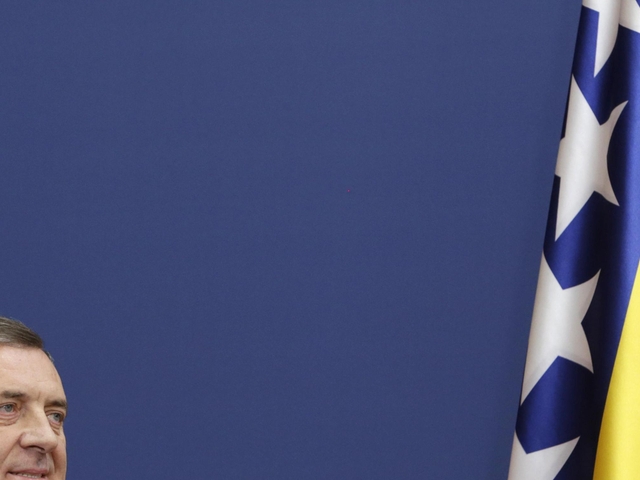 (ANSA-AFP) - SARAJEVO - Bosnian Serb leaders on Wednesday threatened to block central institutions of the ethnically-divided country, in a bid to rid the country's top court of its international judges. The move is another blow to Bosnia's weak joint institutions which are often challenged by ethnic Serb politicians, notably their leader Milorad Dodik. Since the 1990s inter-ethnic war Bosnia has consisted of two semi-autonomous entities -- the Serbs' Republika Srpska and the Muslim-Croat Federation. Each half has its own government and parliament. "Either we will agree or this country will not have any chance," Dodik, the Serb member of Bosnia's tripartite presidency, said after a meeting of ethnic Serb political leaders. They decided that Serb representatives in Bosnia's central bodies "will stop taking part in decision-making," Republika Srpska President Zeljka Cvijanovic, told reporters. They would only return to work if Bosnia's Constitutional Court is reformed with the departure of the international judges currently serving on it, she said. Bosnian Serb lawmakers will meet Monday to confirm the decision, said Dodik who labelled the court an "occupying tribunal". Since the end of Bosnia's 1992-1995 war, the tribunal has included three international judges named by the European Court of Human Rights. Two Croats, two Muslims and two Serbs make up the rest of the court. The Bosnian Serbs' move came after the Constitutional Court decided last week that agricultural land without owners is the property of the state rather than of an entity as stipulated by Bosnian Serb law. The legislation was also challenged by several Muslim MPs. The Muslim member of the presidency, Sefik Dzaferovic, slammed the Bosnian Serbs' move as a "blow" to the peace deal that ended the 1992-1995 war. "Those who announce the blockade of the institutions ... put into question peace and stability," he said in a statement. Cvijanovic argued that the constitutional court has ruled against Republika Srpska's interests for several years. The court ruled notably in 2015 that Republika Srpska's "national holiday" discriminates against the country's Muslims and Croats. But the entity's leaders have defied that ruling, even seeking to boost the prominence of their celebrations. About a hundred rulings of the Constitutional Court have not been implemented, according to local media. All Bosnia's three main ethnic communities -- the Croats, Muslims and Serbs -- figure among those not respecting the rulings. Bosnia's 1990's war claimed some 100,000 lives. (ANSA).