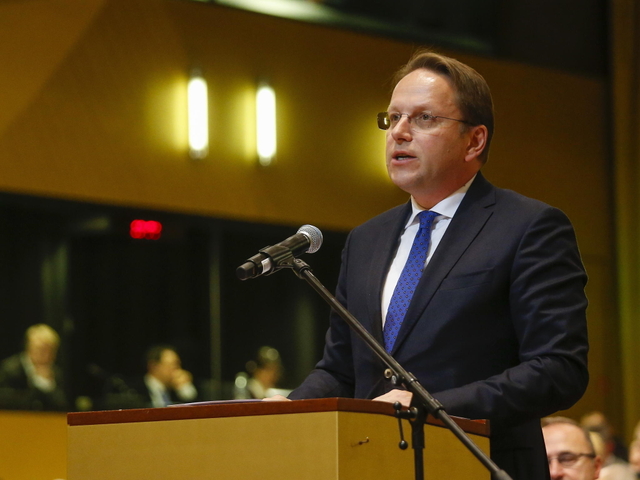 (ANSA) - BRUSSELS, 14 JAN - EU Commissioner for Enlargement, Oliver Varhelyi, will travel to North Macedonia and Albania on 15-16th January to stress the EU's commitment to the European perspective of the two countries. "By travelling on my first visit as a Commissioner to the Western Balkans, I want to send a strong signal that for the Commission and for me personally the EU perspective for this region is a priority", he said on the eve of his mission. "We stand by our proposal to open accession talks with both" Skopje and Tirana "and we are working to make it happen very soon", he stressed. Tomorrow, Varhelyi will be in North Macedonia, where he will meet the major political representatives, including the Macedonian President Stevo Pendarovski and the new Prime Minister Oliver Spasovski, with whom he will hold a press point in the afternoon. The EU Commissioner will then move to Albania on Thursday. After some meetings in Tirana with Albanian political leaders, the commissioner will travel with Prime Minister Edi Rama to Durres, the town most affected by November's earthquake. To support the reconstruction in Albania, the EU Commission announced last week a donors' conference gathering the international community in Brussels on February, 17th. "We are already in touch with donors and partners to ensure the conference is a success", Varhelyi assured.(ANSA).