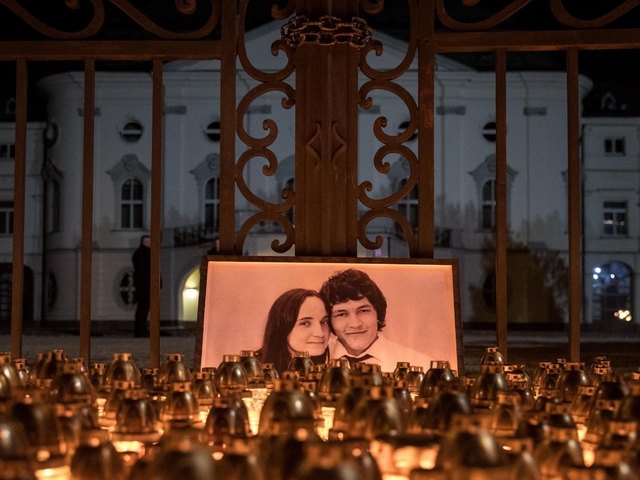 (ANSA-AFP) - BRATISLAVA, JANUARY 13 - One of four suspects charged in the 2018 murder of Slovak investigative journalist Jan Kuciak pleaded guilty in dramatic testimony on Monday, in a case that has rocked the nation. But the main suspect in the case, Slovak businessman Marian Kocner, pleaded not guilty to ordering the assassination of the journalist who had been probing his business activities. The murder triggered mass protests that toppled then-premier Robert Fico and has become a lightning rod for outrage against high-level corruption in the country. Former professional soldier Miroslav Marcek admitted to being one of two gunmen who killed Kuciak and fiancee Martina Kusnirova at their home near the capital Bratislava in a gangland-style hit in February 2018. "I am guilty," Marcek, 37, told the jury at the Special Criminal Court in the western city of Pezinok, a town some 20 kilometres (12 miles) outside the capital Bratislava. (ANSA-AFP).