New protests in Montenegro against law on religious freedom 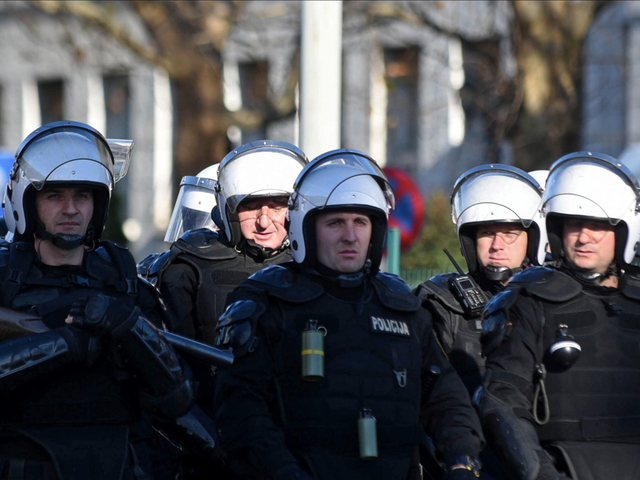 (ANSA) - BELGRADE, JANUARY 13 - Thousands of people again took to the streets in Montenegro against the controversial law on religious freedom, which authorises the possible confiscation of churches, monasteries, and other properties owned by the Serbian Orthodox Church, the majority religion in the small former Yugoslavian nation. Local media said demonstrations and marches took place in the capital Podgorica and in various other cities, including Bar, Niksic, Bjelo Polje, and Danilovgrad. The contested law was approved at the end of December and went into effect on January 8. Protests have been taking place for days in both Montenegro and Serbia. Montenegro became independent in 2006 through a referendum that peacefully separated it from a union with Serbia. The nation is of the Orthodox religion but does not have its own autonomous Church and is dependent on the Serbian Orthodox Church. A consistent Serbian minority lives in Montenegro, and recently the tendency to highlight its national identity has come to the fore, including in the religious sector. The Serbian government, which didn't look favourably on Montenegro's approval in recent years of the independence of Kosovo and its joining NATO three years ago, harshly criticised the new law on religious freedom. It considers the law an openly hostile measure towards the Serbian Orthodox Church and the Serbian population in Montenegro.(ANSA).