Albania's search for quake victims ends, death toll up to 50 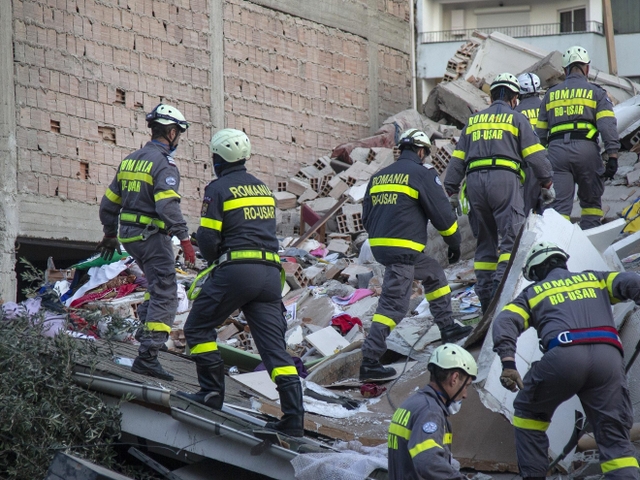 (ANSA-AP) - TIRANA, NOVEMBER 30 - The search and rescue operation for earthquake survivors in Albania has ended, the prime minister said Saturday, with the death toll at 50 and no more bodies believed to be in the ruins. Prime Minister Edi Rama said preliminary figures showed more than 1,465 buildings in the capital, Tirana, and about 900 in nearby Durres were seriously damaged in Tuesday's 6.4-magnitude pre-dawn quake. About 2,000 people were injured. One woman remained in a coma, according to health officials. Preliminary figures estimate at least 4,000 people are homeless. About 2,500 people from damaged homes have been sheltered in hotels. Others have been taken to neighboring Kosovo or have moved to eastern areas of Albania. The prime minister has pledged all homeless will be in "stronger homes" in 2020. The first seriously damaged building has been demolished, and a dozen others are expected to follow. Assessment experts from Greece, France, Italy, Hungary, Bulgaria, Lithuania and Latvia are involved. (ANSA-AP).