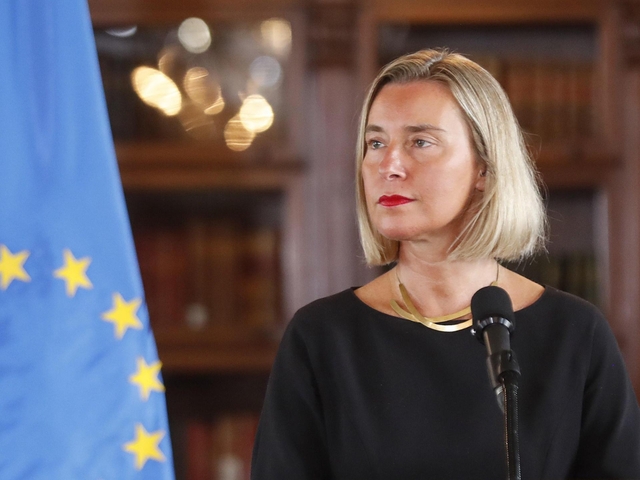 (ANSA) - BRUXELLES, 16 SET - Federica Mogherini, EU High Representative for Foreign Affairs, met today in Brussels with Bujar Osmani, Deputy Prime Minister in charge of European Affairs of North Macedonia. "During the meeting, Mogherini reiterated her determination to support the country in moving forward on its EU integration path," the European External Action Service wrote in a note. Mogherini praised the progress of Northern Macedonia on its path to European integration, stressing that last June, for the second time in a raw, Brussels recommended to the Member States the opening of the negotiations with Skopje. The decision of the EU leaders is due to be taken at the European Council on 17th and 18th October. "In this short period ahead of us", there is no possibility of "excuses or skepticism" by the Member States, EU leaders will have to "guarantee" the "start of the negotiations," Osmani wrote on Twitter at the end of the meeting.(ANSA).